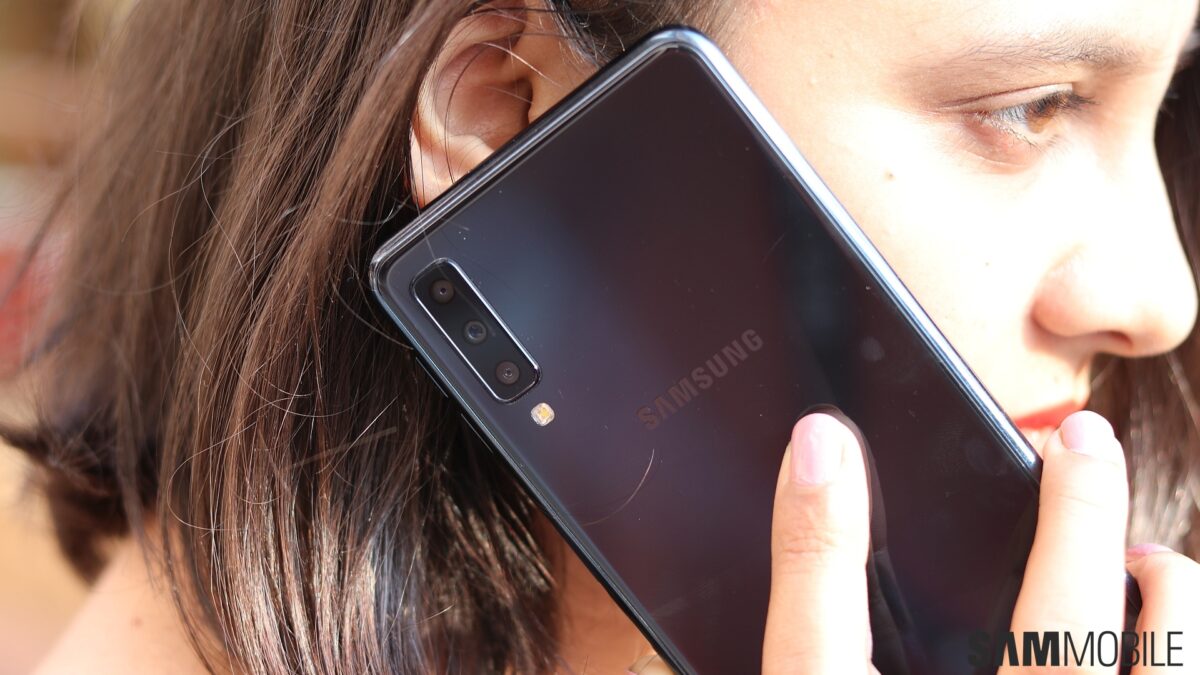 The Galaxy A7 (2018) is more than two years old at this point, but it is still getting updates that bring more than just new security fixes, probably because it was not just your usual mid-range phone when it launched (it was the first Galaxy phone with three rear cameras). One such update is now rolling out to the Galaxy A7 (2018), and it brings an important feature: Google RCS (Rich Communication Services) support.

For those wondering what RCS is, it’s basically an advanced SMS protocol that puts functionality similar to what you get on instant messaging apps like WhatsApp inside your phone’s default messaging app (which is Samsung Messages in this case, or Google Messages if you bought a Galaxy phone running One UI 3.1). RCS lets you chat with friends over Wi-Fi and mobile data, create group chats, send high-resolution photos and videos, see when the other party is typing or has read your message, and more.

Samsung and Google started working together to bring the latter’s RCS implementation to Galaxy devices since 2018 (which is when the Galaxy A7 came out), but it wasn’t until 2020 that the feature actually started to make its way to customers. Samsung’s Messages app has supported RCS for a long time, and Galaxy A7 (2018) will now be able to use Google’s version of the same, which lets you use RCS messaging even if your carrier doesn’t support it.

In addition to Google RCS support, the latest Galaxy A7 (2018) update (A750FXXU5CUD3) improves the stability of the camera and brings the April 2021 security patch. It is rolling out in India at this time but should make its way to more countries in the near future. You can download it over the air from the phone’s Settings » Software update menu. You can also download the latest firmware from our archive and install it on your phone using a Windows PC.

Google is trying really hard to make RCS, an iMessage alternative for Android users, mainstream. It has added plenty of RCS-related features to the Google Messages app so far to make the service more convenient to use and to bring RCS in line with other popular messaging apps in terms of features. In its latest […]

Apple continues to resist RCS, wants everyone to buy an iPhone

Apple has no intentions of ending the blue-green chat bubble war, which means that Android and iOS smartphone users alike will continue to have a sub-optimal messaging experience whenever they communicate cross-platform via SMS. Apple CEO Tim Cook recently had a conversation with Kara Swisher, Jony Ive, and Laurene Powell Jobs at Code Conference. When […]

The Rich Communications (RCS) feature has been available in One UI for Samsung’s Messages app for some time now. The option is somewhat hidden inside the Settings app, but today we’ll tell you all you need to know to enable RCS and enhance your messaging experience. At least, where available. More on that later. First […]

Keeping track of message lists in the internet age can be a burden. And although online messaging platforms like WhatsApp offer tools for easy group and conversation management, SMS apps usually lack that sort of social layering and complexity. But did you know that Samsung’s SMS Messages app in One UI allows users to group […]