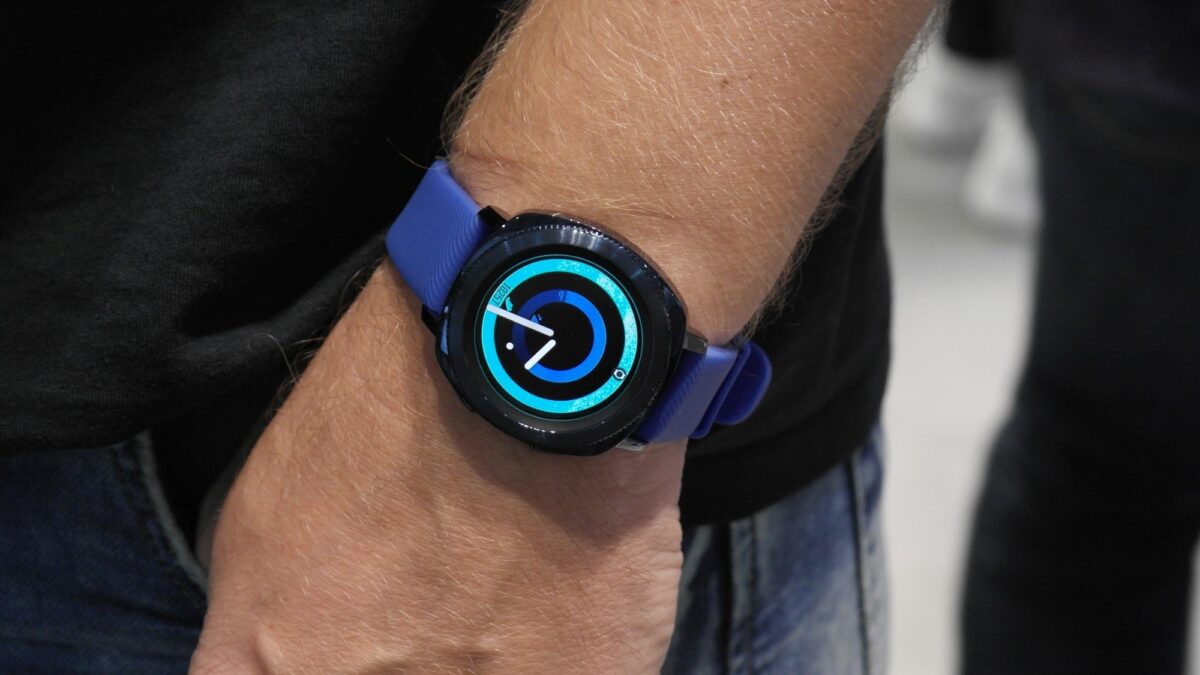 Samsung’s latest fitness-orientated wearable, the Gear Sport, is now available to pre-order in the United Arab Emirates through a number of authorized digital stores, including Axiom, Carrefour, Eros, Jumbo and Plugins, for AED 1,199 ($325).

The Gear Sport, as we noted in our hands-on coverage, is a watch-like activity tracker that was created to bridge the fitness-shaped gap between the Gear S3 classic and Gear S3 frontier, two offerings from the firm’s flagship smartwatch range.

Heavily influenced by the design of the Gear S2, the Gear Sport features a 1.2-inch Super AMOLED display, a 1GHz Exynos 3250 dual-core processor, 768MB of RAM, 4GB of internal storage and a 300mAh battery. It also features built-in GPS.

The best feature, in Samsung’s opinion at least, is the Gear Sport’s water resistance abilities; the device can reportedly be submerged in water (5 ATM) for around two-hours, which is more than enough time to swim a considerable amount of lengths.

Our full review of the Gear Sport is coming soon

We’re still waiting to try out the Gear Sport for ourselves (and once we do, expect to see a full review), but if you’re on the fence about whether to pre-order a unit, we advise you to consult our hands-on. It contains some great information.

Those who reserve a unit before October 22 will receive a free pair of Samsung’s U Flex headphones, which are valued at AED 299 ($80) in the region.

After two months of testing Android 12, Samsung began rolling out the One UI 4.0 update for the Galaxy S21 series earlier this week. Although the initial release was limited to a handful of markets, it came with the promise of soon reaching others. A few days have passed, and One UI 4.0 is now […]

Though a bit late, the Galaxy A71 5G is now getting the April security update