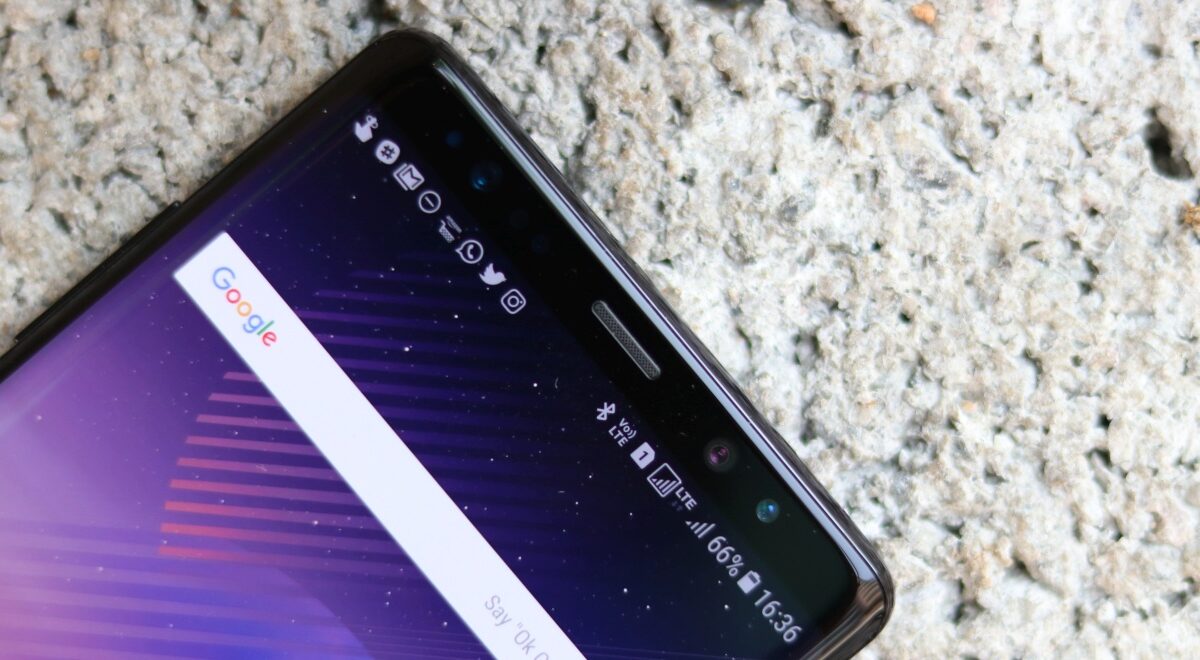 Phones with “all screen” designs will soon be the standard in the smartphone industry, at least as far as flagship phones are concerned. Apple recently hopped on the bandwagon, and Google has followed suit with the Pixel 2 XL. Samsung impressed us all with the Galaxy S8 and Galaxy S8+, and LG has also been playing the bezel-less game for some time with devices like the LG G6 and, more recently, the LG V30. Even Huawei has such a device in the upcoming Mate 10, and an image leakster Evleaks had made shows how the top bezel of each of these phones compares with Samsung’s Galaxy Note 8.

It’s all about the bezels

LG and Huawei have gotten the hang of keeping the bezels uniform and minimal, while the Pixel 2 XL takes up a bit more space, possibly due to the front-facing stereo speakers. Apple has clearly taken the wrong route with that unsightly notch ruining the experience on the iPhone X and putting the kibosh on the company’s “all-screen design.” The Galaxy Note 8’s top bezel may not be as tiny as LG or Huawei’s device, but hey, it does have a higher-resolution front camera compared to the V30 and an iris scanner to accommodate.

We don’t just say this because we’re a Samsung fan site, but we think the company’s take on phones with virtually no bezels is the best there is, with its industry-leading AMOLED displays adding to the charm. The image below doesn’t make that clear, though, so it’s just a way to see the kind of approach different companies are taking to increase screen-to-body ratios. Take a look, and let us know what you think! 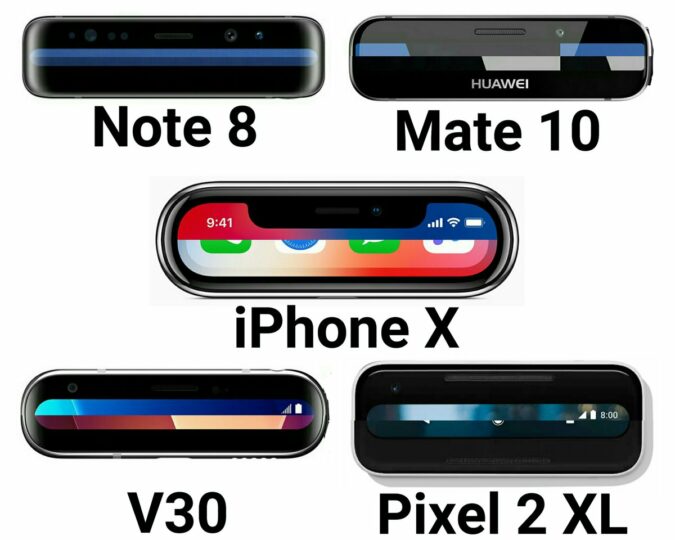