It has consistently been rumored over the past couple of weeks that Samsung has a new flip phone in the pipeline. Like some of Samsung’s other clamshell smartphones, it’s possibly going to be released in China only. Reports suggest that this handset carries model number SM-G9298, though it was previously referred to as the SM-W2018, and that it’s going to have high-end specifications.

One of the first purported press renders of the SM-G9298 surfaced online recently. We can see that the handset has a 4.2-inch external display, as expected, as well as an internal display of the same size. The displays are said to be of full HD 1080p resolution.

A recent report claimed that the SM-G9298 is going to be powered by the Qualcomm Snapdragon 821 processor coupled with 4GB of RAM. Additional specs are said to include a 12-megapixel rear and 5-megapixel front camera, 64GB storage and a 2,300mAh battery.

Since the handset is expected to have NFC, it’s going to support Samsung Pay. Wireless charging is also said to be onboard. Reports suggest that the handset will come with S Voice and that Bixby will not be available.

Samsung is yet to confirm when the SM-G9298 is going to be launched and if it’s going to be sold outside China. Reports suggest that it may be announced at some point in August. 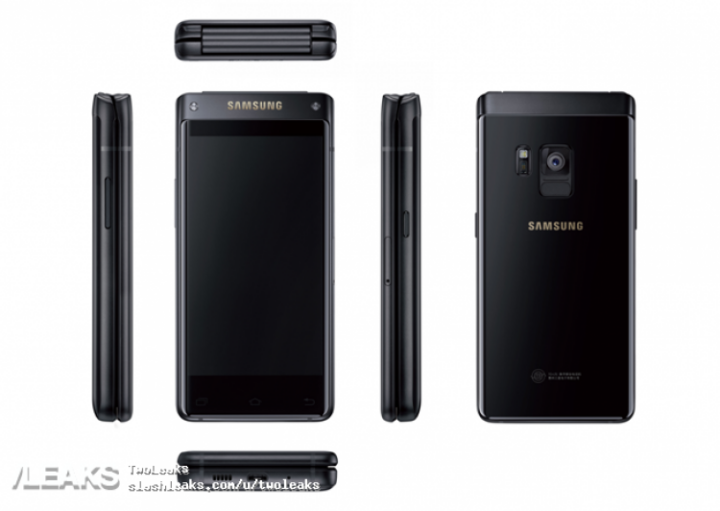