When the PhoneCast app is launched, users are presented with a scenic background with lakeside campfire, and any compatible video streaming app can be launched. Users can not only change the brightness of the video, but also the size and position of the virtual screen. The app is still in beta, but you can download and install its latest version from  our APK section.

Here’s the list of Android apps that are currently supported by the PhoneCast app: 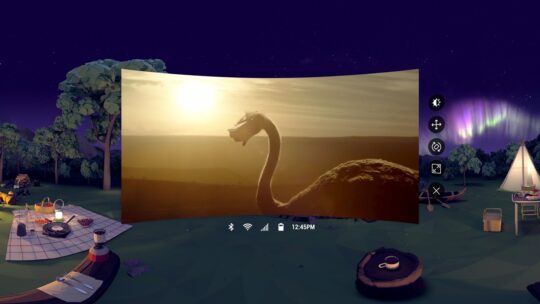 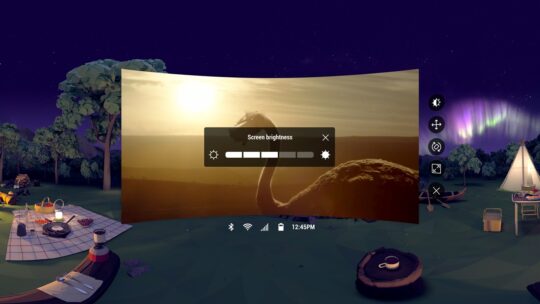 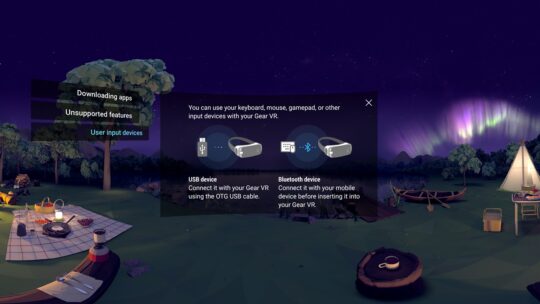 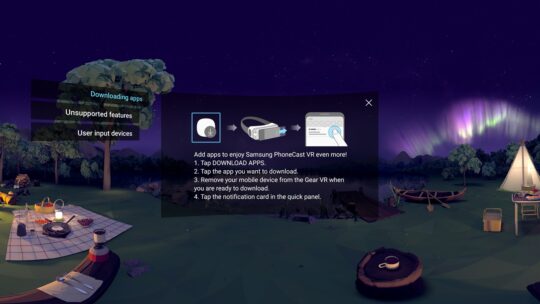 More news »
Now that Gear VR is no longer available, Samsung XR service is being killed By Asif S.|2 months ago
Galaxy phones running Android 10 are incompatible with Google Daydream By Asif S.|3 months ago
Oculus is killing its Samsung Gear VR apps and we’re not surprised  By Adnan F.|3 months ago
Samsung Medical Center becomes a 5G smart hospital powered by AI, VR By Mihai M.|5 months ago
SamMobile Shop
Opinions More »
Features I want to see in the camera app on Galaxy smartphones
2 days ago