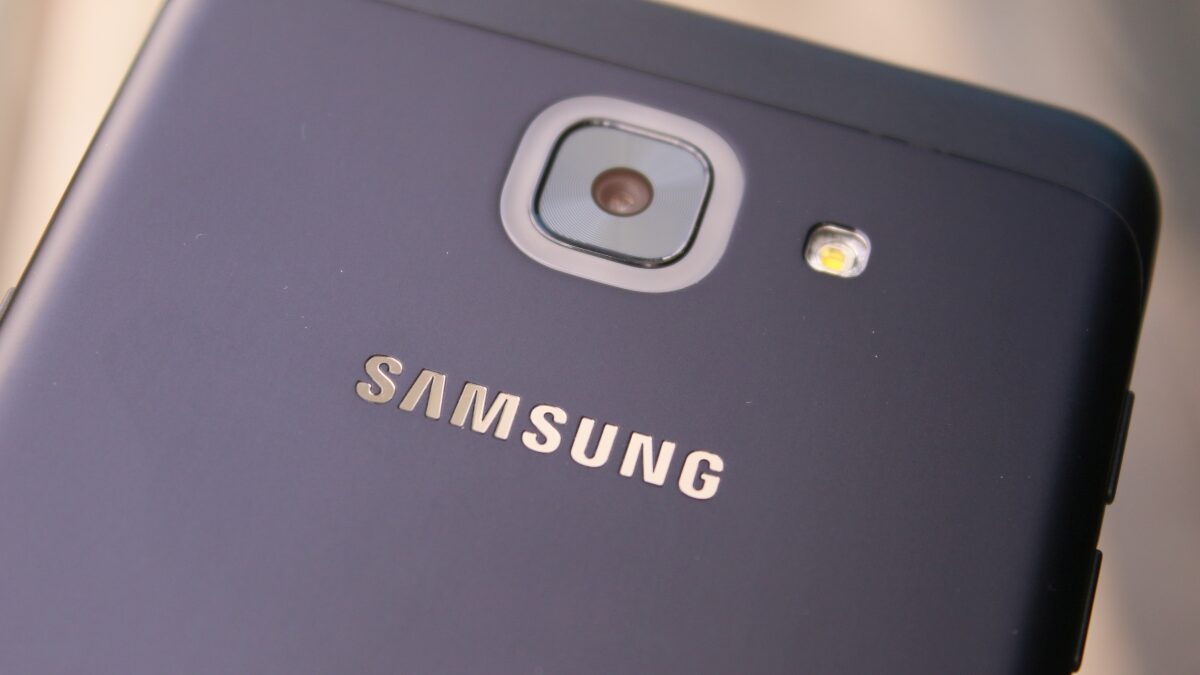 Large-screen smartphones are in high demand in markets like India, where people often use their mobile devices as all-in-one devices for consuming media, making phone calls, and even getting a bit of work done when required. Budget phones with big screens are particularly popular in the country, and this year, Samsung seems to have decided that launching a phone with a display smaller than 5.5 inches doesn’t make a lot of business sense. The company recently launched the Galaxy J7 (2017) as the Galaxy J7 Pro in India, but instead of accompanying it with a Galaxy J5 Pro, Samsung announced the Galaxy J7 Max instead.

The Galaxy J7 Max can be considered a successor to the Galaxy J7 Prime (read our review here) that launched exclusively in India last year. It’s an interesting device – it brings back the Smart Glow LED thing from the Galaxy J2 (2016), another India-specific device, and is the second Galaxy phone to be powered by a MediaTek processor. I hadn’t given the J7 Max too much attention when it was announced, and I admit I was rather disappointed when I found out that I would be reviewing a phone with a MediaTek chip. MediaTek chips aren’t exactly bad, but with Samsung’s software not being the most optimized out there, I was skeptical of reviewing a MediaTek-powered Samsung phone.

Of course, giving a verdict on a device without using it for a few days isn’t fair, so I will only be coming to conclusions in our official review of the device. I have, however, been using the phone for almost a week at this point and have gathered enough of an opinion to offer my early impressions. Well, let’s get down to it. 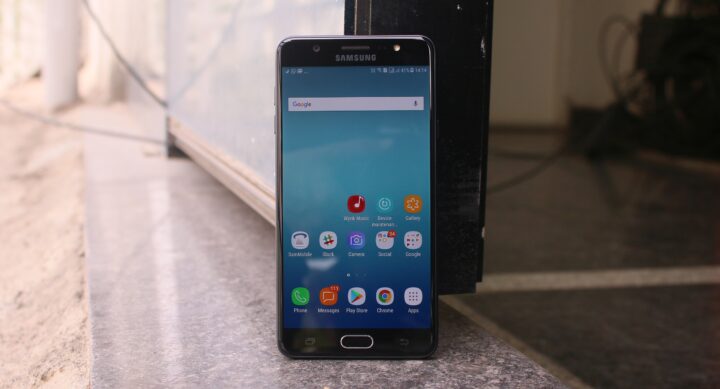 The J7 Max is an imposing device. With a 5.7-inch display and standard bezels, it feels positively gigantic compared to the Galaxy S8, the device I was using before I switched to the J7 Max. It’s a metallic phone, so the in-hand feel is quite good, although at times it feels like the rear might be half plastic. That may not be a bad thing, as the phone does tend to stick well to my hand instead of slipping away as most metallic phones do. When it comes to build quality, there’s nothing to complain about – the J7 Max feels like a costlier device than its price tag would suggest. My colleague Michel thinks the J5 (2017) is only second to Samsung’s flagships in terms of build quality, but since I haven’t been able to play around with the J5 (2017) or J7 (2017), I’m not sure how the J7 Max compares.

The display on the Galaxy J7 Max complements its build quality. It’s an LCD panel, so it’s not as good to look at as an AMOLED panel, but the overall quality is quite good. It’s sharp, being a Full HD display, and the colors aren’t bad to look at, either. I also like how the display’s edges rise slightly above the sides of the phone, which adds to the visual appeal. What I didn’t like is that Samsung seems to have forgotten about coding in the blue light filter option that is now a part of the company’s software across all devices. I’ve had to reach for a third-party app once again; I was hoping a software update would add the feature, but it hasn’t happened with the one update for the June security patch that I downloaded a couple of days ago. 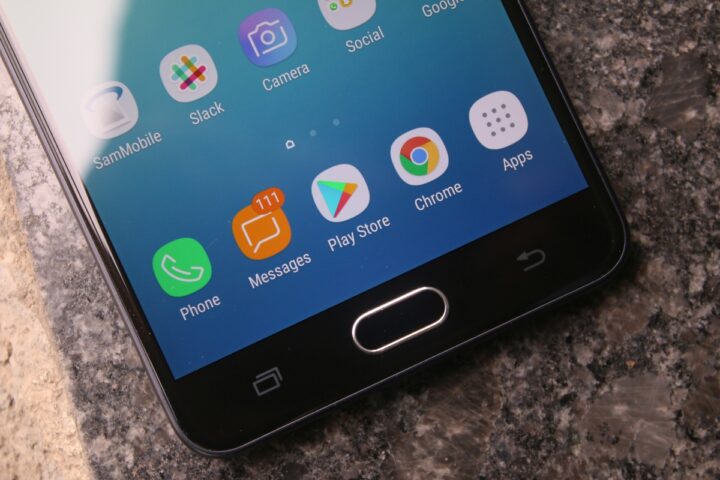 Oh, and before I forget, the Galaxy J7 Max brings back a feature that should have died off as a one-time experiment. The phone has the Smart Glow notification ring, which debuted on the Galaxy J2 (2016) last year. It’s placed around the camera at the back and Samsung allows you to customize colors for different types of notifications. It’s a neat idea, with the option of customizing the colors through an RGB scale (which means you get a lot of options depending on how you mix and match those colors), but since it’s on the back, it’s useless for anyone who keeps their phone with the display facing up.

The Galaxy J7 Max is one of the few devices that get the same iteration of Android Nougat as the Galaxy S8. Samsung is calling its software skin Samsung Experience these days, and apart from the conspicuously missing blue light filter feature, it looks and works the same as Samsung’s latest Galaxy S flagships. It even gets facial recognition, which is nice to see. Of course, there are features missing as this is a budget phone, but I will only be able to fully confirm what’s missing and what’s not in our full review. 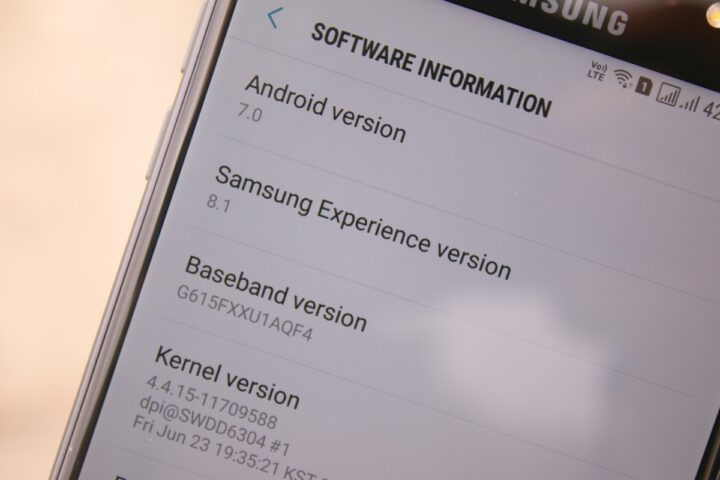 As for performance, I should say the J7 Max has already shown signs of lag and stutter here and there, although it runs pretty well overall. I’m not sure if it was because Samsung was able to save money by using a MediaTek chip or something else, but the J7 Max gets 4GB of RAM, which is more than the Galaxy J5 (2017). There’s also 32GB of internal storage, along with a microSD slot (in addition to two standard nano SIM slots). I’m very interested to see how performance holds up over the next few days; fingers crossed it doesn’t become a stutter fest. 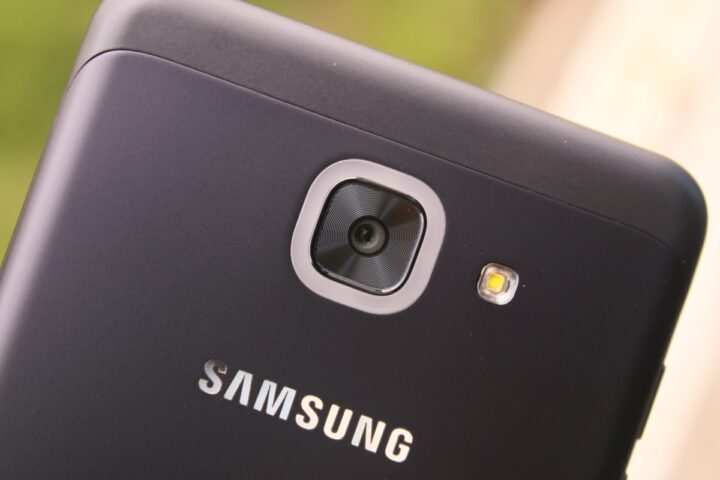 A 13-megapixel camera at the front, a 13-megapixel camera at the back. A combination that, on paper, should make for a good imaging experience. I tried comparing the rear camera with that of the Galaxy A7 (2017) in poor light, and the J7 Max actually did better and was able to show more of the scene than the A7. It’s not also as slow at focusing and doesn’t blur the scene as much as recent non-flagship Samsung phones tend to do. As for the front camera, I think I like it, based on the few selfies I’ve taken, but our final verdict on the cameras will only come in the full review.

Battery life is where I’m certain the Galaxy J7 Max will do well. In fact, there’s not been a single time in the week that I’ve been using the phone that I have charged it all the way to 100, as the battery just doesn’t seem to die. The J7 Max’s 3,300 mAh battery is the same in size as the J7 Prime’s, but battery life has been noticeably better. The battery isn’t removable because of the metal build, but that isn’t likely to be a problem for most users if the phone manages to keep offering long-lasting battery endurance. 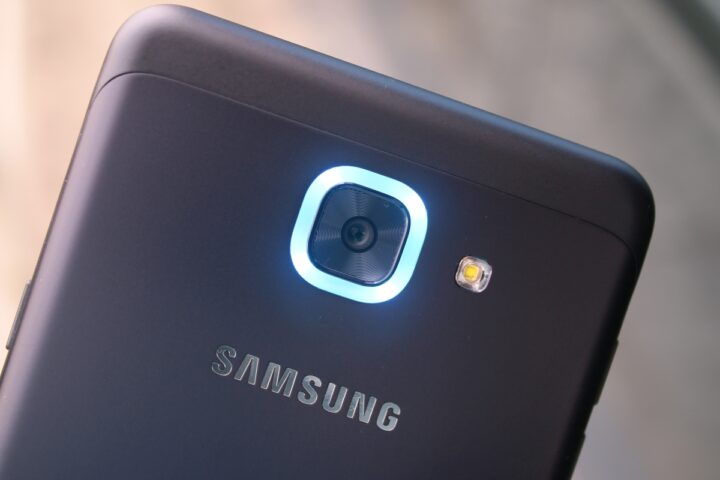 The Galaxy J7 Max took me by surprise. It’s a well built phone that feels so much better than the Galaxy J7 Prime or any of Samsung’s previous budget phones, and also looks rather attractive. There’s the latest iteration of Samsung’s Android software on-board, and that MediaTek processor is the only kink in the armor that I’m worried about. I know, MediaTek chips have come a long way, and Samsung’s own Exynos chips for budget phones are pretty much all focused on efficiency instead of performance. But it’s new territory for Samsung, so I will certainly be keeping my reservations until I’ve thoroughly tested the phone.

It remains to be seen how the Galaxy J7 Max performs as a complete package, but Samsung isn’t going to have an easy time selling its Galaxy J handsets this year. The return of Nokia smartphones to India will be a big obstacle, especially since Nokia is pricing its phones lower than Samsung. Yes, this isn’t the same Nokia that everyone has known and loved, but for regular consumers, the name itself will be a notable draw.

That makes good reviews of the Galaxy J7 Max and other new Galaxy J phones all the more important. My initial impressions of the J7 Max are positive, but it remains to be seen if I will have the same sentiments at the end of the review period. Look out for the review in the next week or so, and let us know what you think of the Galaxy J7 Max down in the comments.

We are in the last week of July, but Samsung is still not done with the rollout of the July 2019 security patch, thanks to the company’s crowded lineup. It has now released the July update for two more devices: Galaxy J8 and Galaxy J7 Max. The former is a budget offering from 2017, whereas […]

Samsung is rolling out the Android 8.1 Oreo update for the Galaxy J7 Max in India. The update, along with the new Android version, brings Samsung Experience version 9.5 to the device. Galaxy On Max, the rebranded J7 Max for online sales, is also getting the same Oreo update. The update bumps the firmware version to G615FXXU2BRL3 and G615FUDDU2BRL3 […]

India is an important smartphone market, and every manufacturer worth its salt knows that. Samsung has been particularly active at taking steps to cement its position in the country’s highly competitive mobile space, and the fact that Samsung launches devices exclusive to India (followed by launches in a couple of small neighboring countries) is a […]

Ever longed for the possibility of using two different WhatsApp accounts on your phone, or inside other social networking apps that don’t let you use two accounts? Of course you have, and Samsung has been offering a way to do that via Secure Folder, a feature you find on the company’s flagships and now, on […]