The recent launch of the revamped Galaxy J (2017) series marks a significant event in the development of Samsung’s hardware design. Though some markets already saw the launch of similarly built devices late last year (check our Galaxy J7 Prime review, for example) most Western buyers will only get their hands on Samsung’s new premium Galaxy J lineup in the coming weeks. I’ve got my hands on the first device of the series to be launched, the Galaxy J5 (2017), and will now share a few quick first impressions. 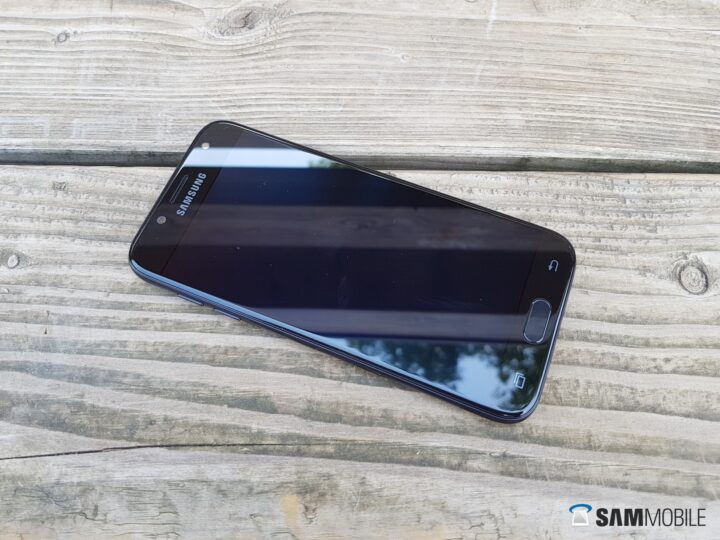 After many years of repeated ridicule over its cheap choice of materials, it is safe to say the Galaxy J5 (2017) proves Samsung has learned from the past. While it is easy to see progress in expensive flagship devices like the Galaxy S8, the arrival of a full metal body in the much more affordable Galaxy J series is perhaps an even more significant landmark. After all, Samsung expects to sell one hundred million of these units this year. And with the Galaxy J5 (2017), it is not all that hard to imagine that happening, especially when you consider how well the earlier J series phones have done in the market.

The device feels very, very solid. The smooth curves and cool back plate certainly give the device a more sturdy, premium feel than the Galaxy S6, which was considered flagship material a mere two years ago. In fact, were it not for the lack of IP68-rating, I would prefer the hardware of the J5 (2017) over that of the Galaxy A5 (2017) by quite a margin. 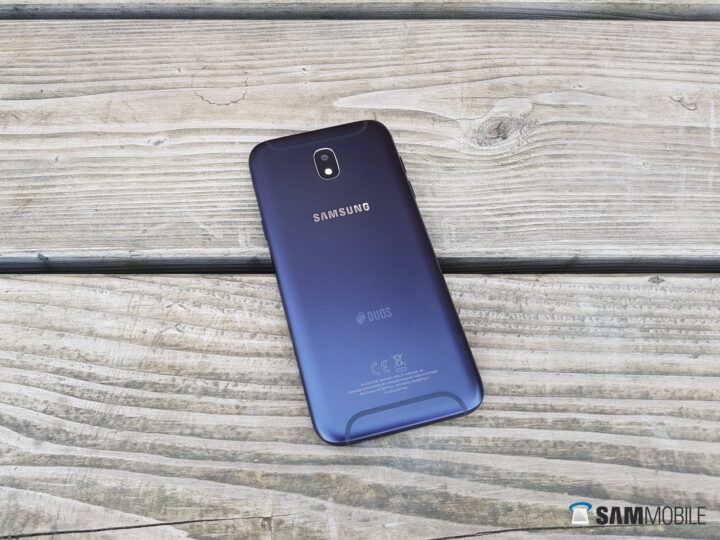 Notwithstanding the excellent design, the Galaxy J5 (2017) is not a high-end phone. Therefore, the AMOLED display comes with a somewhat modest 720p HD resolution. If you try hard, you can see some pixels, thanks to Samsung’s loyalty to the PenTile subpixel matrix, making it similar to the J5 (2016) in this regard. Then again, a vast majority of users will never notice. I know you can get a phone with a 1080p display in this price class, but there’s something to be said for choosing AMOLED over LCD in spite of resolution. I will reserve final judgment until our full review of this device, but as a first impression, the display of J5 (2017) is fine, even without winning any awards for pixel density. 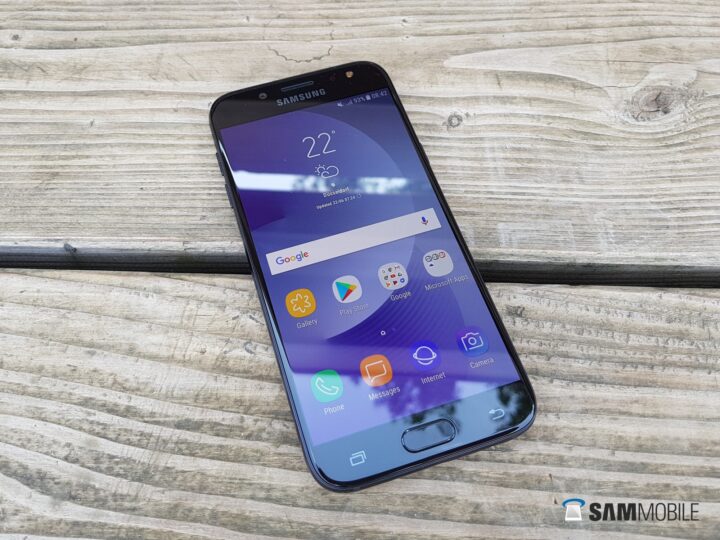 Something similar can be said of the performance of the Galaxy J5 (2017). The Exynos 7870 SoC can also be found in the Galaxy J7 (2016) as well as the Galaxy A3 (2017), and was designed with one thing in mind: energy efficiency. The chip delivers sufficient performance to run Android 7.0 and the Samsung Experience UX smoothly.

The latter comes in version 8.1, which is the same as found on the Galaxy S8. And indeed, though a little less feature-rich, it is the same, offering plenty of customization options. Choose new themes and icon packs, and set how many apps your home screen and app drawer shows. Even entirely disabling the app drawer is an option, just like on the S8. Furthermore, there are features like Secure Folder, Blue light filter, and Samsung Cloud integration. And to be sure: there is no trace of Bixby. 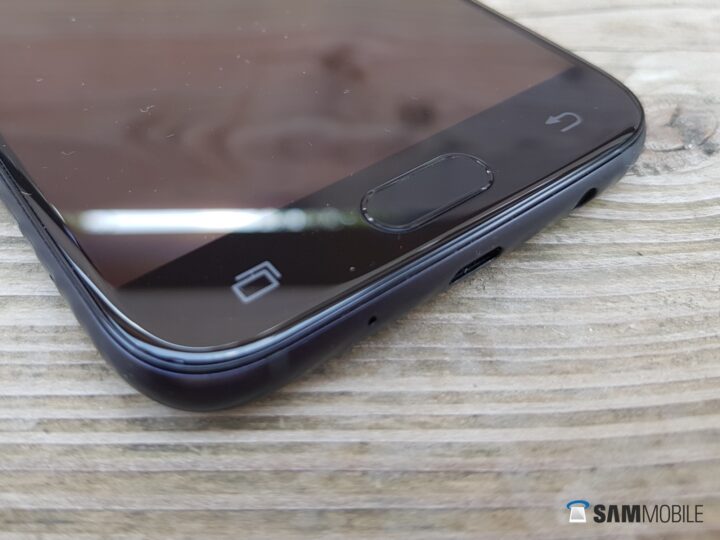 Slowly but surely Samsung is fulfilling its promise to bring secure authentication methods to affordable devices. So yes, the Galaxy J5 (2017) comes equipped with a fingerprint reader (so did the J7 Prime, but that device was limited to a very few markets). In line with the overall user experience described above, it works well. It is always on, so you can unlock the phone without pressing the home key. But also when using it with Samsung Pass or Secure Folder it is an easy, fuss-free solution that is a welcome addition to Samsung’s lower mid-range portfolio. 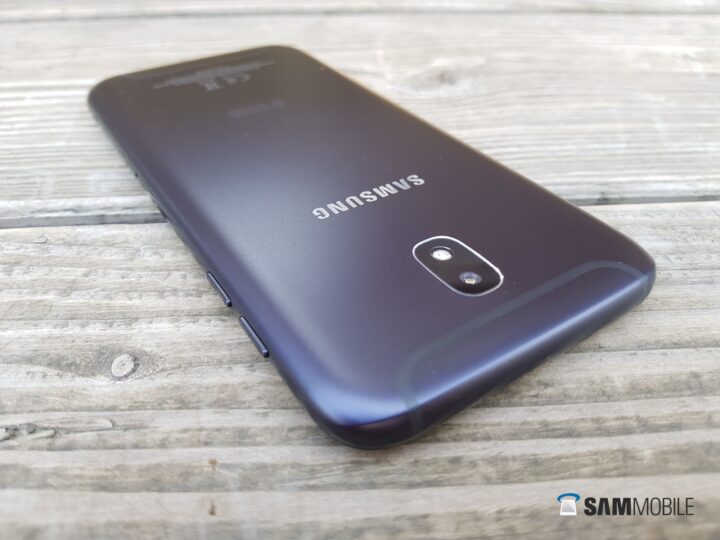 As you might expect, a short period of playing around with the Galaxy J5 (2017) is not at all sufficient to say anything useful about cameras or battery life. From what I’ve seen, the former should be more or less on par with the device’s price range, while the latter seems to be very promising. But again, you will have to wait for the final review for a definitive opinion. I will add that if there are any fans of easily exchangeable batteries left in 2017, the J5 is no longer a device that accommodates this requirement. Here, too, the design now trumps flexibility. 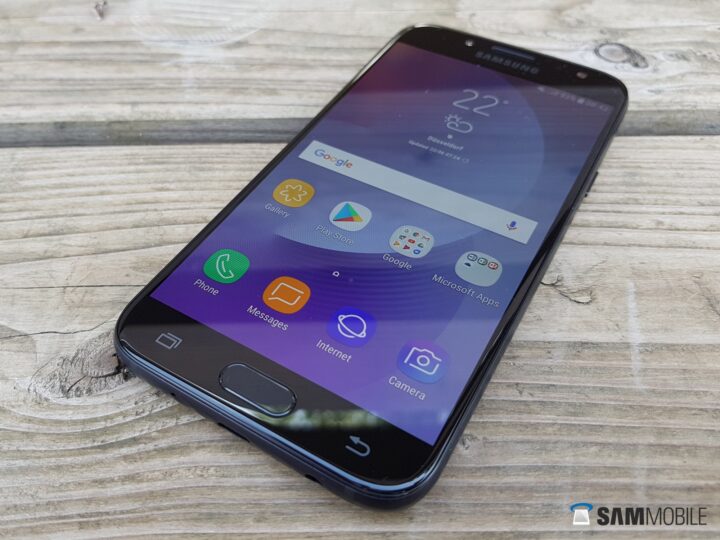 The most important takeaway from this short Galaxy J5 (2017) hands-on, is that Samsung is indeed upping its affordable smartphone game in a big way. Mind you, it won’t be dirt cheap when it launches in Europe costing €279. However, most buyers will be paying considerably less for it, as prices decline in the course of the next twelve months. If the battery life does what the specifications promise, and the camera turns out to be at least up to the standard of its class, I have no problem imagining Samsung selling this phone by the boatload. Stay tuned for the full review.