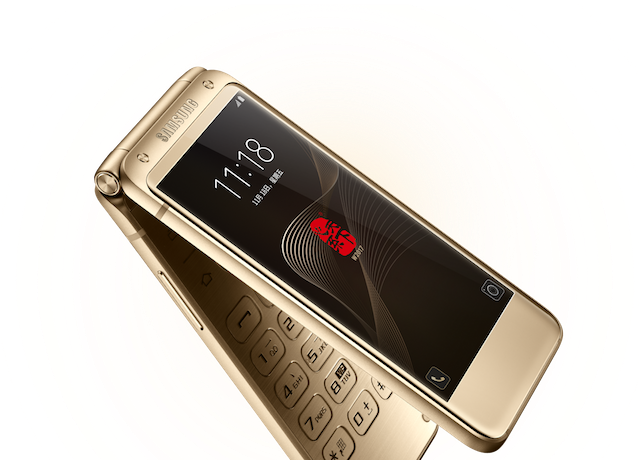 We exclusively reported last year that Samsung was working on a new high-end flip phone for China. Several months later, Samsung launched the W2017 in China. That’s the only country this smartphone is available in right now but it appears that Samsung might be gearing up to launch it in South Korea as well.

A report out of Samsung’s home country cites an official of a local telecom carrier who claims that while the release date can’t be confirmed at this point, Samsung will be launching the high-end flip phone in South Korea soon.

The Samsung W2017 features a 4.2-inch external and internal Full HD Super AMOLED display. It’s powered by Qualcomm Snapdragon 820 processor with 4GB of RAM and 64GB of storage with microSD card support. The handset also features a 12-megapixel rear camera with f/1.9 aperture that can record video in 4K. There’s a 5-megapixel camera on the front.

Measuring in at 127.8 x 61.4 x 15.8mm, the dual-SIM Samsung W2017 weighs 208g with its all metal body and packs in a 2,300mAh battery. It even has features like fast wireless charging, a fingerprint sensor, Always On Display and Samsung Pay support.

Samsung W2017 has only been available exclusively in China but if today’s report is to be believed, customers in South Korea will be able to pick one up soon as well.

We exclusively reported five months ago that Samsung is working on a high-end flip phone for China codenamed “Veyron.” Since then we have seen countless rumors and leaks concerning this device. We’ve seen all there is to see about this handset in the plethora of leaked pictures that emerged from China and now Samsung has […]