Samsung showcased its ‘Project Beyond‘ concept 360-degree camera for professionals two years ago. It featured 17 Full HD cameras with wide-angle optics and a versatile mount. However, it was the company’s very first concept product for capturing 3D 360-degree imagery. Now, the company has improved it even further to showcase a new prototype.

The South Korean electronics giant is displaying an improved Project Beyond camera at MWC 2017, and the company is simply calling it 3D 360 Camera. It features 18 cameras (one more than its last product), a D-pad for controlling the camera UI, and a small screen at the top of the device. It can also capture 360-degree surround sound using 6ea microphone.

It can not only capture 360-degree 2D/3D high-quality videos but also live stream them. There’s a memory card slot and a single cable for connecting to PCs. Samsung claims that it is suitable for indoor and outdoor shooting as it is IP65 for dust and water resistance. It is also compatible with external SSD and battery for extended duration recordings.

The company hasn’t revealed any release date for this camera or a price tag, so it’s still pretty much a prototype device and may not be released anytime soon for customers. Samsung already sells its consumer-grade 360-degree camera, the Gear 360, which can be connected to smartphones. It is currently priced at around $250 in the US. 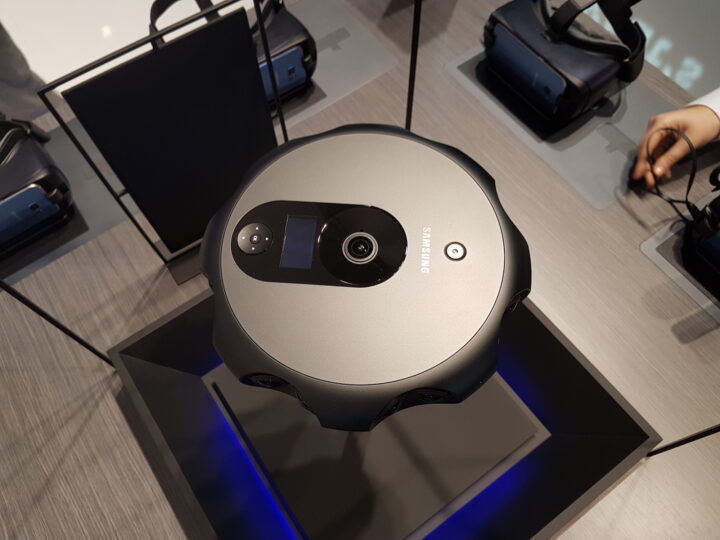 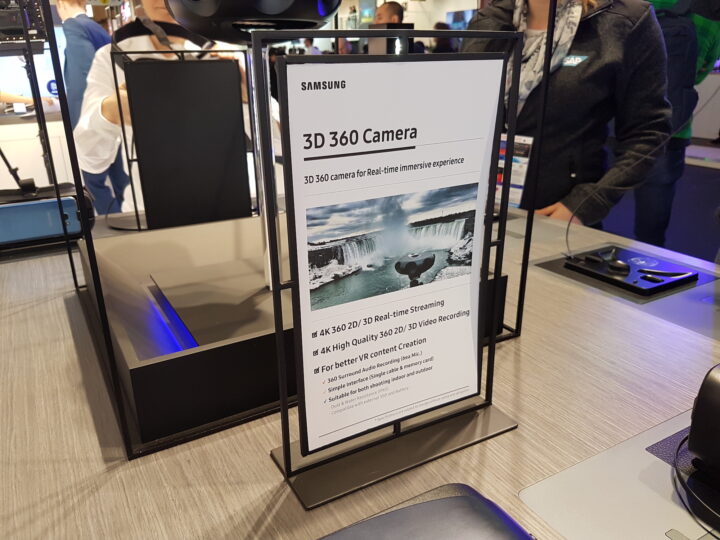