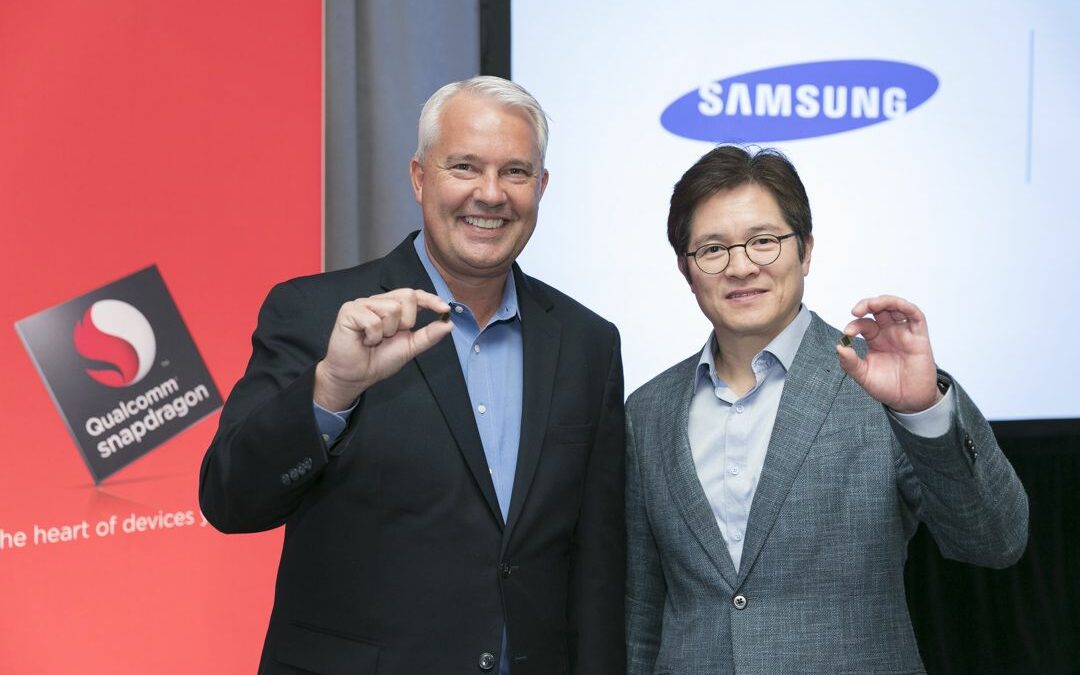 Samsung unveiled the Exynos 8895 SoC, the company’s next-generation flagship smartphone processor, yesterday. Even though the new chipset’s model number is 8895, the company is categorizing it as an Exynos 9 series SoC. The South Korean electronics components giant also announced that the chipset is already being mass produced at Samsung’s foundries. It will most probably debut with the Galaxy S8 and the Galaxy S8 Plus next month.

The Exynos 8895 is quite identical to the Snapdragon 835 chipset from Qualcomm, which was unveiled last year. Both these chipsets are built using Samsung’s 10nm LPE FinFET process, and feature 64-bit octa-core CPUs, support for 4K screens, dual-ISPs, Gigabit LTE modems, Bluetooth 5.0, and faster wired and wireless charging solutions. Both the chipsets are optimised for 4K and VR content as well as AI and machine learning.

The Exynos 8895 is Samsung’s first Heterogeneous System Architecture (HSA) compliant SoC, which means that the CPU, GPU, and the interconnect can access data from a common memory. To point out key similarities and differences of these two chipsets, we’ve made a comparison table that you can refer below.

As you can see in the comparison table, the Exynos 8895 supports 4K video recording and playback at 120fps, while the Snapdragon 835 is limited to 4K video recording at 30fps and 4K video playback at 30fps. However, our preliminary findings suggest that the Adreno 540 GPU inside the Snapdragon 835 could end up being more powerful than the Mali-G71 MP20 GPU that’s used in the Exynos 8895. The Adreno 540 also supports DirectX12 API, while the Mali-G71 is limited to DirectX 11. Both support Vulkan 1.0, though, which is more important going forward.

In the connectivity department, both chipsets support Cat. 16 LTE standard with theoretical download speeds of up to 1Gbps (5CA in Exynos 8895 and 4CA in Snapdragon 835) and upload speeds of up to 150Mbps (Cat. 13 2CA). The Snapdragon chipset, however, supports the latest Wi-Fi 802.11 ad (60GHz) standard, which is helpful for transmitting data at a theoretical speed of 7Gbps, but at a shorter distance only. The Exynos is still limited to dual-band Wi-Fi 802.11 ac. Both chipsets support the new Bluetooth 5.0 connectivity standard.

Overall, it appears that CPU performance of both these chipsets could be similar, while the Snapdragon 835 marching ahead in terms of graphical performance. The Exynos 8895 has a stronger video recording and playback game, thanks to support for 4K videos at 120 fps. The Qualcomm chipset has more connectivity options, which is generally why so many smartphone brands, including Samsung, use Snapdragon chipsets. Samsung might use both these chipsets in the Galaxy S8 and the Galaxy S8 Plus, depending on the market.

It’s hard to declare the winner now, solely based on the specifications of these chipsets. We’ll have to wait and test both the variants of the Galaxy S8 to see which one performs better. Samsung is also notoriously known for optimizing the Exynos variants of its Galaxy smartphones better than the Snapdragon variants, which makes it even harder to judge which is a superior chipset. Which one do you think would perform better this year? Do you prefer Snapdragon or Exynos? Let us know your thoughts in the comments section below.