What’s New With Nougat Part 5: Screen resolution can be adjusted to squeeze more out of the battery 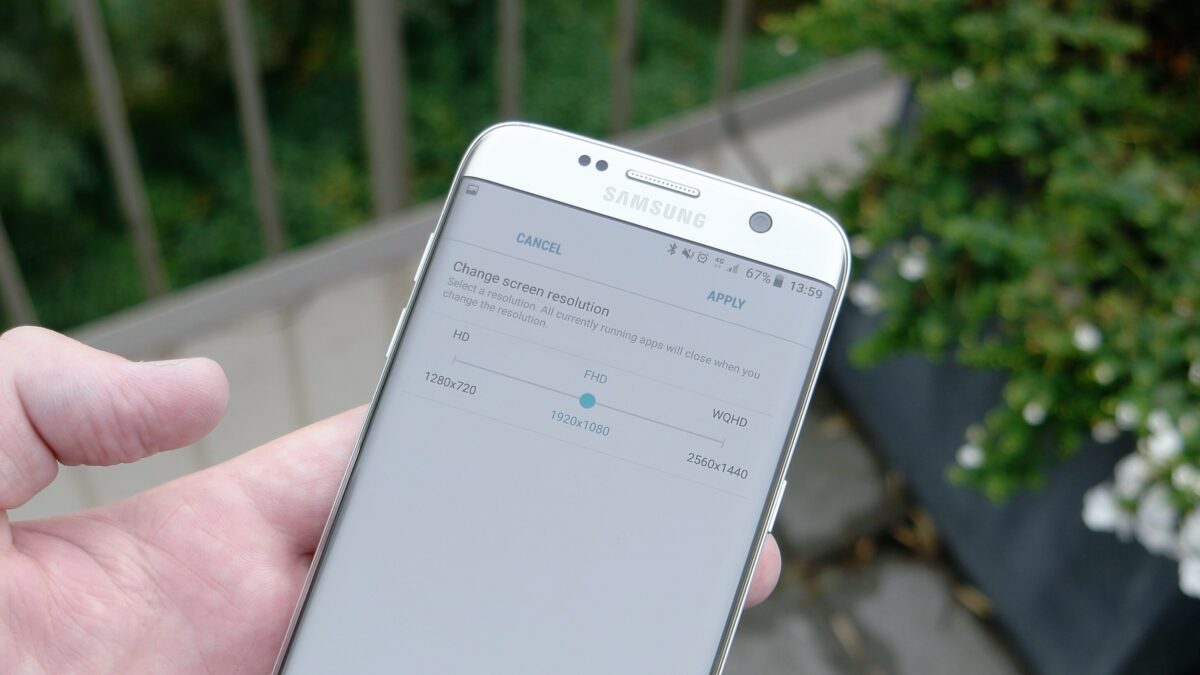 We’ve already highlighted some of the great new features included in the Android 7.0 Nougat update for the Galaxy S7 and the Galaxy S7 edge in our What’s New With Nougat series. Samsung appears to be really pushing the envelope with this release as it has baked in a great new user interface as well as tons of new feature.

Samsung took a lot of flak when it made the decision to give up on removable batteries with the Galaxy S6. It stuck with this decision for the Galaxy S7 as well and it’s highly unlikely now that the company will go back to removable batteries. Batteries will continue to get bigger and better over time but the company can help users get more out of them by offering some software-based solutions. The Ultra Power Saving Mode is one such solution and so is the ability to adjust screen resolution.

We found this option in the Display menu of the Settings app on a Galaxy S7 edge running Samsung’s beta version of Nougat. It was also present on the Galaxy Note 7. It’s a simple slider that lets users select between 1280×720 HD, 1920×1080 HD and all the way up to 2560×1440 WQHD resolution. All currently running apps are closed when the resolution is changed. The obvious advantage of playing with this feature is that users will get a noticeable difference in device performance as well as battery efficiency since the processor and other components won’t be working hard all of the time to maintain WQHD resolution.

It’s a great way to let people squeeze more juice out of their device’s battery, don’t you think?