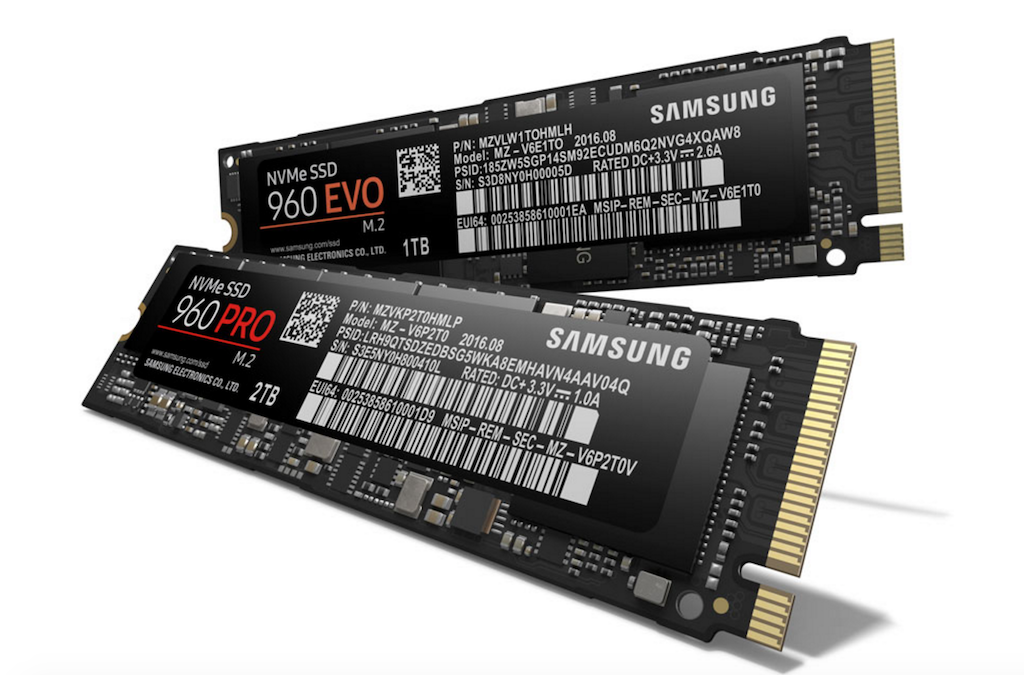 Samsung is the largest SSD maker in the world and retaining the top spot requires the company to constantly come up with new storage products that push the envelope. This year, Samsung also established its lead in the global enterprise SSD market. At the SSD Summit in Seoul, Samsung today unveiled its new M.2 PCIe 960 Pro and 960 Evo SSDs. They happen to be the highest capacity consumer SSDs which feature ridiculous operating speeds.

Samsung is going to offer the 960 Pro SSD in 512GB, 1TB and 2TB capacities. It promises peak sequential read speeds of 3,500 MB/s and write speeds of 2,100 MB/s. Offering this much storage on an M.2 SSD wasn’t easy and Samsung had to be creative with the placement of components to make this happen. For example, the controller chip has actually been stacked on top of the DRAM module to free up space for extra storage modules. Prices start at $329 for the base 512GB Samsung 960 Pro SSD model and go up from there.

The company’s 960 EVO SSD is meant for the budget conscious consumer. The 960 EVO SSD is available in 250GB, 500GB and 1TB capacities and it features Samsung’s Intelligent TurboWrite Technology which enables read speeds of 3,200 MB/s and write speeds of 1,900 MB/s. It merits mentioning here that these speeds are higher than those of the 950 Pro SSD which was released last year. Intelligent TurboWrite makes this possible by using a small buffer to write data very quickly. Once that buffer is filled the speeds tend to drop down. The new buffer size for the 250GB, 500GB and 1TB SSDs is 13GB, 22GB and 42GB respectively. Prices starting at $130 for the 250GB model.