[Download] If all you do is play games on your phone, you’ll love Samsung’s Gamebox Launcher

Most of us are familiar with the concept of launchers on Android. They all carry out the same primary function – give you access to all the apps installed on your device – while differentiating on other fronts. Some launchers put the focus on widgets, some put the focus on better organizing what you need, and some try to make your life easier by contextually adapting to your daily routine. But we’re not sure there has ever been a launcher that puts all the focus on your games, and Samsung has apparently stepped up to fill the void.

XDA forum member kcodya recently discovered Gamebox Launcher on Samsung’s Galaxy Apps store, and it looks like this is another experiment the company is working on, similar to Good Lock. Gamebox Launcher assumes that gaming is your primary smartphone use case and puts all the installed games on your device on the home screen as large tiles, which you can rearrange at your leisure. If you don’t have enough games installed to fill up the home screen, the launcher will put in a few suggestions. The EA Hub is integrated as well, and so are Samsung’s Game Tools and Game Tuner apps. You can even subscribe to YouTube channels and add them as a shortcut on the home screen, and quickly access the games section on Google Play to find new titles to download. 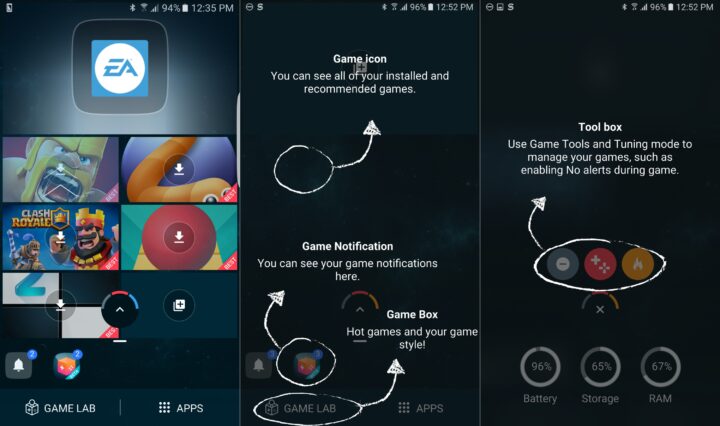 Gamebox Launcher doesn’t just stop there. The launcher is also designed to collect all your gaming notifications in one place (no, it doesn’t replace Android’s regular notification area) and tell you just how many hours you have been busy whiling away your time killing monsters and collecting Pokemons. There’s also a section called “Dr.Cho’s Game Lab” that tells you which games are hot, which games are topping the chart, and your play style. Game Lab takes data like the number of users and popularity on Google Play to decide how the charting works, and it’s no wonder Pokemon Go is listed right at the top.

Gamebox Launcher also provides the device’s RAM, battery and storage status, which makes us think it might be that huge upgrade we said Samsung is working on for its Game Launcher service. It probably won’t be going mainstream any time soon and will remain an experiment like Good Lock, but it’s an excellent example of how Samsung is trying out new things on the software front. Too bad not many folks out there use their smartphones as just a gaming device; well, maybe they do, and we just didn’t know about them. 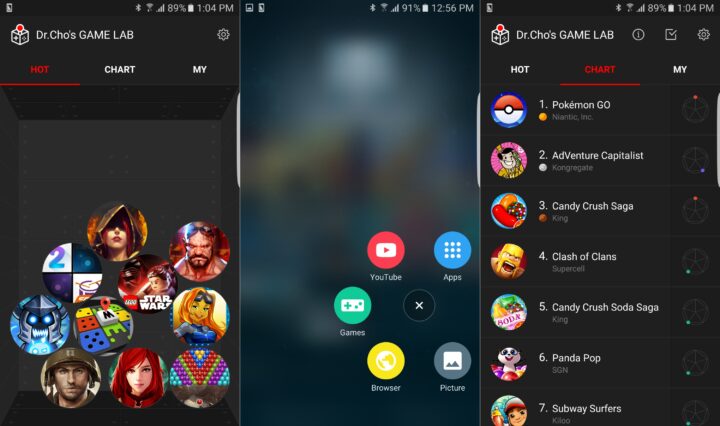 To use Gamebox Launcher, you have to set it as your default launcher. Grab the APK from the link below (the launcher isn’t listed on Galaxy Apps or the Play Store anymore) and manually install it on your phone; pressing the home button after the installation is complete should give you the option to set Gamebox Launcher as the default launcher (to switch to another launcher later on, go into Settings » Applications » Default applications and make the necessary change). All devices since (and including) the Galaxy S6 are supported, although the home screen and installed games detection works properly only on the Galaxy S7 and Galaxy S7 edge.

Tried out Gamebox Launcher? Tell us what you think of Samsung’s latest attempt to take over your smartphone’s home screen!