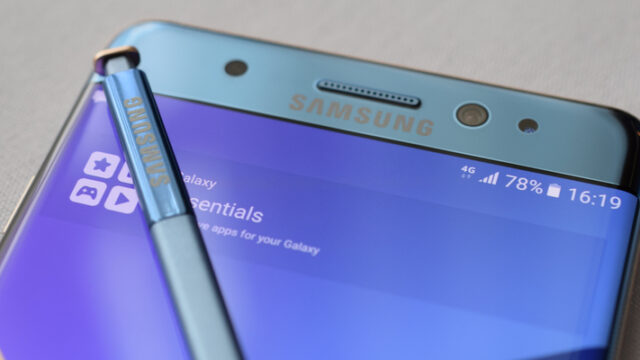 The Galaxy Note 7 is finally official and Samsung can now get down to the business of selling this flagship smartphone. This means that analysts can now get their predictions in for the year and forecast how the handset is going to perform in the market. The first such forecast comes from an analyst at Hyundai Securities who believes that Samsung could ship as many as 12 million units of the Galaxy Note 7 in the second half of this year.

If this figure is anything to go by it suggests that analysts might not expect the Galaxy Note 7 to perform as well as the Galaxy S7 edge did. Recent market data estimates that Samsung shipped an impressive 13.3 million units of the Galaxy S7 edge in the first half of this year making it the best selling Android smartphone in the world during this time. Sure enough, the Hyundai Securities analyst Kim Dong-won expects the Galaxy S7 to continue selling strong and also suggests that we might see a modest decline in Samsung’s overall smartphone sales for the remainder of 2016 even as he agrees that the Galaxy Note 7 will occupy demand for premium smartphones because Apple’s new iPhone is released next month. He has also forecasted a 10 percent decrease to 3.9 trillion in the third quarter operating profit of Samsung’s mobile business.