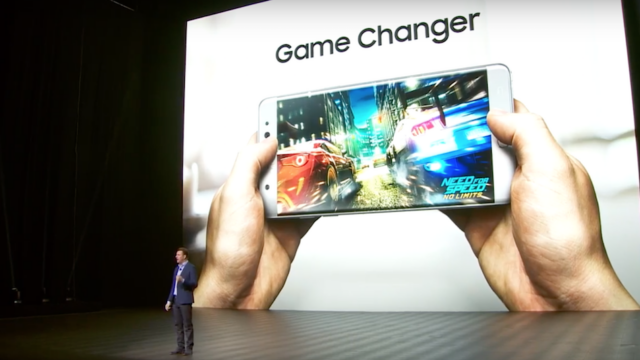 The Galaxy S7 and the Galaxy S7 edge happen to be the first smartphones in the world to support Vulkan APIs from the get go. Samsung did a good job in tuning its flagship smartphones for mobile gamers and has often reminded the public just how good this year’s flagship handsets are at mobile gaming. This is why it’s not surprising to find out that the Galaxy Note 7 supports Vulkan APIs as well and that the Galaxy Game Pack being offered with this handset features four Vulkan API-ready games.

The Galaxy Game Pack is being offered exclusively to all buyers of the Galaxy Note 7 from August 20 all the way up to January 2017. The pack includes games and in-app purchases worth $400 in the Google Play Store, it features more than a dozen titles. Need for Speed No Limits, Hit, Vainglory, Olympus Rising, Nonstop Knight, Empire: Four Kingdoms, Hearthstone: Heroes of Warcraft, MARVEL Contest of Champions, Asphalt 8: Airborne, Hungry Shark World, Angry Birds Pop Bubble Shooter, Star Wars Galaxy of Heroes, Sims City Free Play and Clash of Kings are included in the Galaxy Game Pack.

Only Need for Speed No Limits, Hit, Vainglory and Olympus Rising are the Vulkan API-ready titles. Users will immediately notice the improved graphics quality and performance as well as the stability of frame rates in these games as opposed to the others.