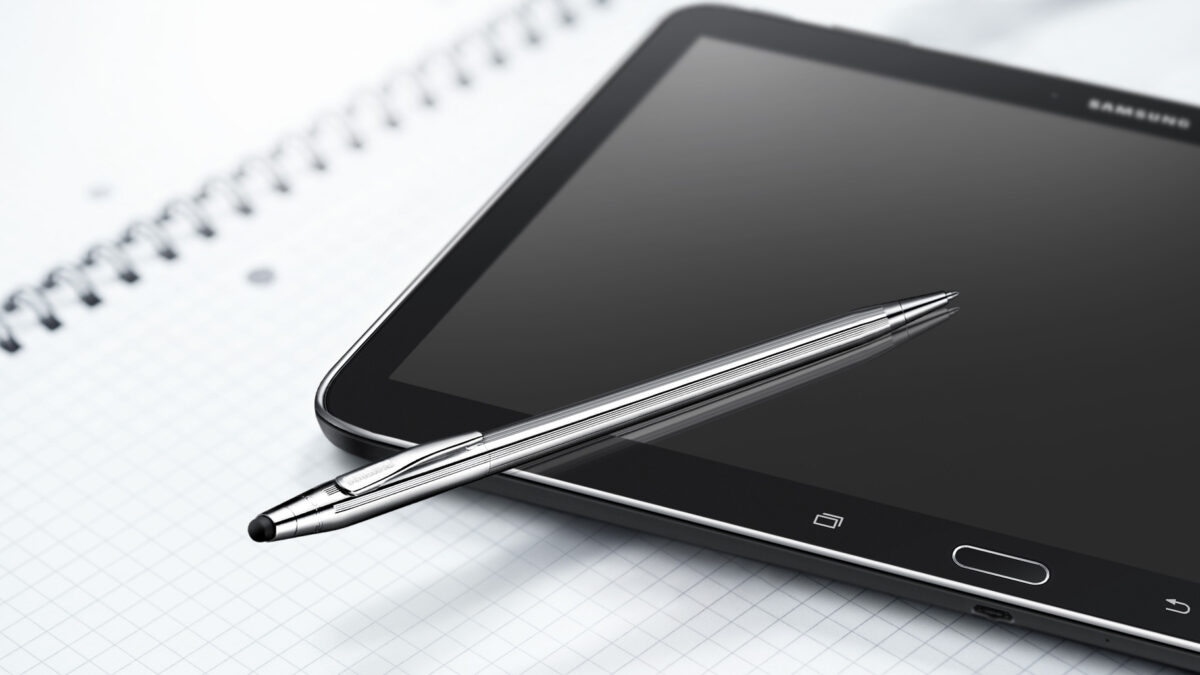 Late last year, we exclusively reported that Samsung is working on a new Bluetooth-enabled C Pen stylus. At the time we didn’t have any information on the stylus except for its model number (EJ-UW700), but we now have all the details thanks to a retailer listing for the C-Pen. According to the listing, the new C-Pen is for the Windows-powered Galaxy Tab Pro S and uses Microsoft’s DirectInk platform, which was introduced with Windows 10 for touch input using styluses.

The C-Pen connects via Bluetooth 4.0 LE, comes with back and eraser buttons, and has 1,024 levels of pressure. That’s half of the pressure level sensitivity offered by the S Pen on latest Note devices, but it should still allow for considerably precise input. Battery life is quoted at 162 hours, an impressive figure that will vary depending on how much the C-Pen is used. The stylus is priced at €59.90, which is a bit higher than what Samsung accessories usually cost but falls in line with the high price tag that accompanies the Galaxy Tab Pro S.

Being a regular stylus, the C-Pen should be compatible with regular smartphones and tablets as well. It’s not yet available for purchase, but that is likely to change in the coming weeks.

With the Gear S2, Samsung opened up its smartwatch platform to all Android smartphones, and we have been heari …