We exclusively reported late last year that Samsung Pay is going to be launched in the United Kingdom and Spain in early 2016. A few days ago the head of Samsung Pay in Europe confirmed that the service will be launching in these markets very soon. It looks like Russia might also be one of the markets in which Samsung’s payment service is going to be launched in the near future.

It appears that Russia’s largest mobile carrier has already prepared promotional material for the Galaxy S7. The image leaked online shows a poster with the very familiar looking Galaxy S7 as well as a clear indication that Samsung Pay will be supported. Given that carrier support is required for this feature to work the fact that the indication has made it onto a carrier’s poster goes to show that Samsung Pay might very well be launched in Russia alongside the new flagship in the coming weeks. Samsung is expected to reveal plans for Samsung Pay’s global expansion at its event on February 21. 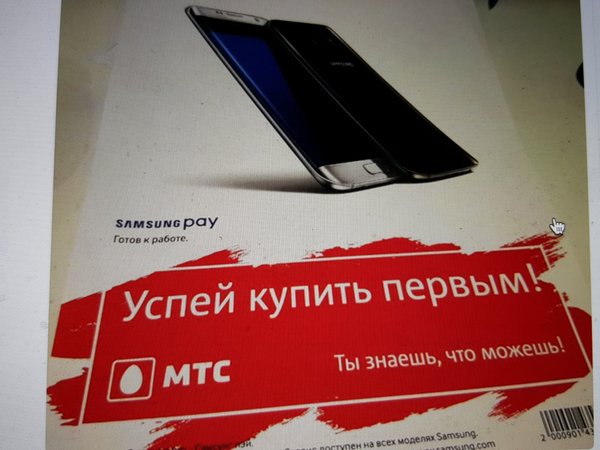