Samsung Galaxy A9 gets Bluetooth certification

The Galaxy A9 is expected to be the largest smartphone in Samsung’s premium mid-range Galaxy A lineup, and recent leaks and appearances of the device suggest it could go official at any moment. Today, we’re getting another indication that the A9 is inching closer to an official launch, as the phone has been certified by the Bluetooth SIG.

The model number of the device is listed as SM-A9000, and the certification was completed on November 10. This doesn’t give us any solid lead on when the A9 will actually be unveiled, but the Bluetooth certification means the development on the device is nearly complete. A launch before the end of this year seems likely; some might say that a launch so soon after the Galaxy A8 doesn’t make sense, but the 6-inch display on the A9 means it is not a direct sequel to the A8 but just another phone in the series.

According to a leaked benchmark, the Galaxy A9 will feature a Full HD display, a Snapdragon 620 processor, 3GB of RAM, 32GB of internal storage, and Android 5.1.1. The benchmark did, however, list a 5.5-inch screen, so at this point we should be taking any of this information is fully confirmed or final. 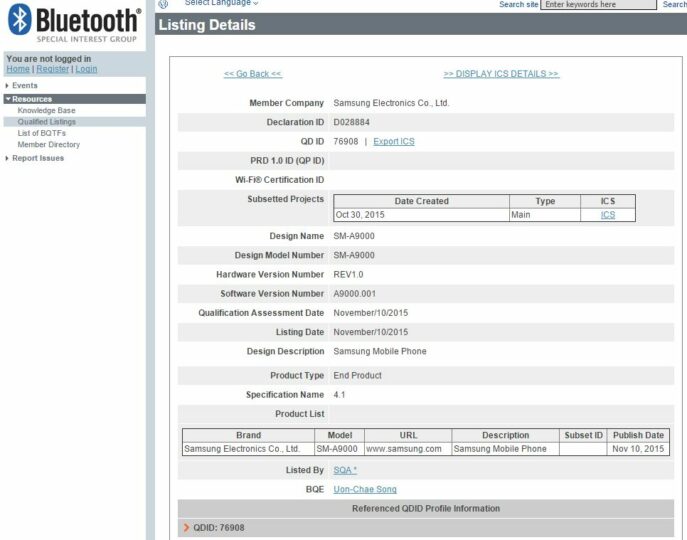