A group of engineers at Samsung has developed a prototype wearable device dubbed as the Early Detection Sensor & Algorithm Package (EDSAP) which can warn about impending strokes. A stroke happens when blood supply to a part of brain due to a clot or any other injury bleed. The prototype device monitors brainwaves to detect early signs of strokes and alarms a user through a smartphone or tablet app. There are two parts of the system; a headset with inbuilt sensors which records electrical impulses from brain, and an app which analyses the data in less than a minute using an algorithm and determines the likelihood of a stroke.

This project started at Samsung’s Creative Lab (or C-Lab) two years ago when five engineers grouped together to look into the problems of stroke. Samsung C-Lab helps its employees in turning creative ideas into potentially viable products. Apart from warning about possible strokes, the system can also monitor sleep and stress patterns. Now, the team is looking at how it can monitor heart.

Joe Korner, Director of External Affairs at the Stroke Association said, “Stroke is not inevitable. In many cases there are simple steps people can take to reduce their risk of stroke such as keeping their blood pressure under control, eating a balanced diet and exercising more. Anyone with any concerns about their risk of stroke should have a chat with their GP.“ 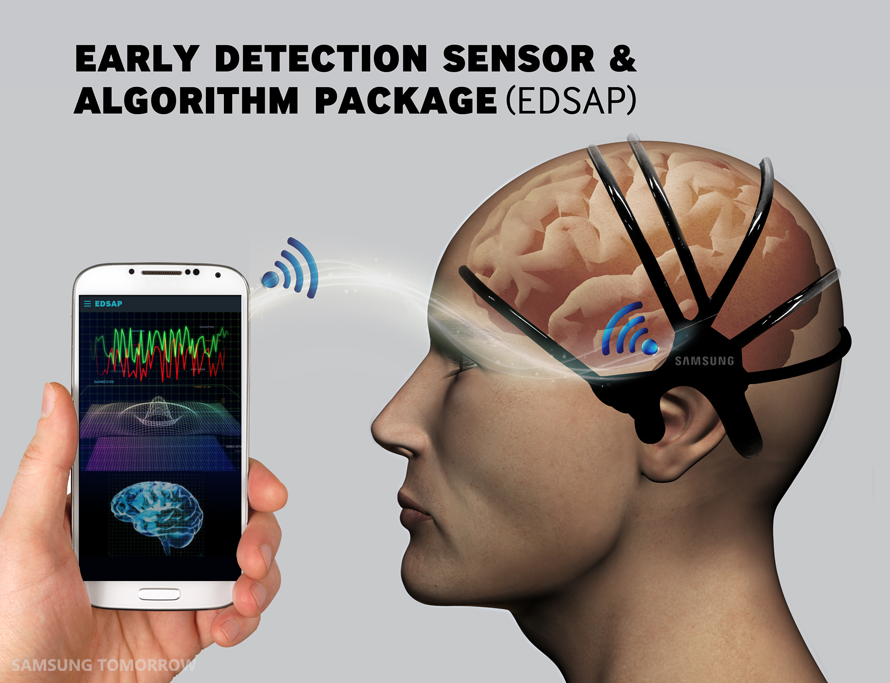 Check out Samsung’s SelfieType virtual keyboard in action ahead …