Since it was unveiled back at IFA 2014 in September the Samsung Galaxy Note Edge has only been made available in South Korea and Japan. Just yesterday it was confirmed that the Note Edge will be released in the US later this month. What about other markets? Germany is on the cards, provided that Samsung receives the required number of votes.

Samsung is running a campaign of sorts through Facebook for customers in Germany. They have to meet a goal of 120,210 votes. If the required number of votes come in Samsung is going to launch the Galaxy Note Edge in the German market.

Samsung Galaxy Note Edge stands out from the pack because of its quirky display that is curved on the right hand side. It has more or less the same internals as the Samsung Galaxy Note 4, but the company has already mentioned that this is a limited edition device, so it may only be released in a handful of markets. Germany might become one of them if 120,210 votes are received. 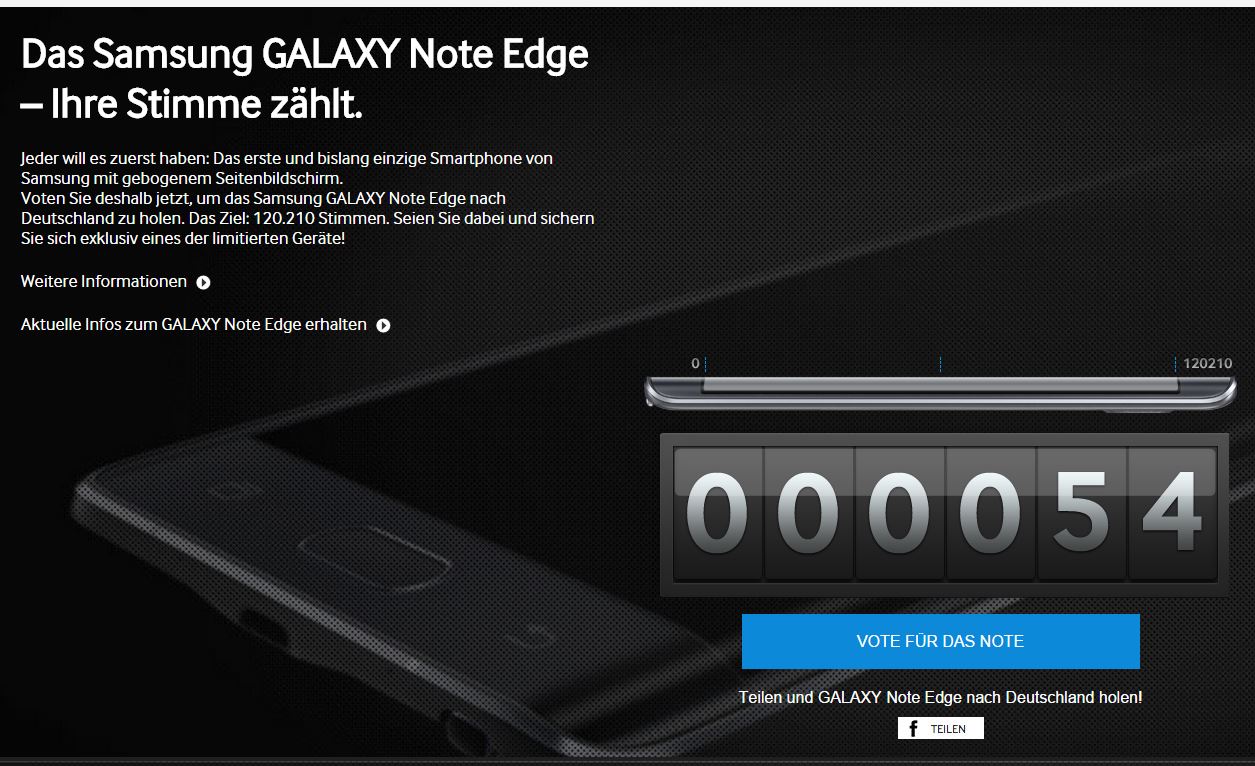