The Galaxy Tab S Broadband LTE-A (SM-T805K), a variant of the Galaxy Tab S 10.5 with faster cellular connectivity and an updated processor, is now up for pre-order in South Korea for 824,000 Won ($767.95 or €613.91). This Android 4.4 KitKat running tablet features a 10.5-inch WQXGA (2560 x 1600 pixels) Super AMOLED display, an octa-core Exynos Octa 5433 processor with ARM Mali-T760 GPU, 3GB of RAM, 32GB of ROM, and a 7,900 mAh battery. Connectivity wise, Samsung is acclaiming the Galaxy Tab S Broadband LTE-A as the world’s first LTE-A (FDD-LTE) tablet with download speeds of up to 225Mbps. There’s a 8-megapixel camera at the back, which can shoot 1080p videos and a 2.1-megapixel front-facing camera. Finger-print sensor, Accelerometer, Geomagnetic Sensor, Gyro Sensor, Hall Sensor, and RGB Sensor are also present on the device.

Other connectivity features include a microSIM card slot, dual-band Wi-Fi ac/b/g/n with MIMO, Wi-Fi Direct, Bluetooth v4.1, A-GPS with GLONASS and Beidou, microUSB v2.0 port, and a 3.5mm headphone jack. It is also compatible with Gear Fit Manager and Gear Manager for connecting Samsung’s wearable devices and smartwatches. The tablet is available in Titanium Bronze and Dazzling White colors. 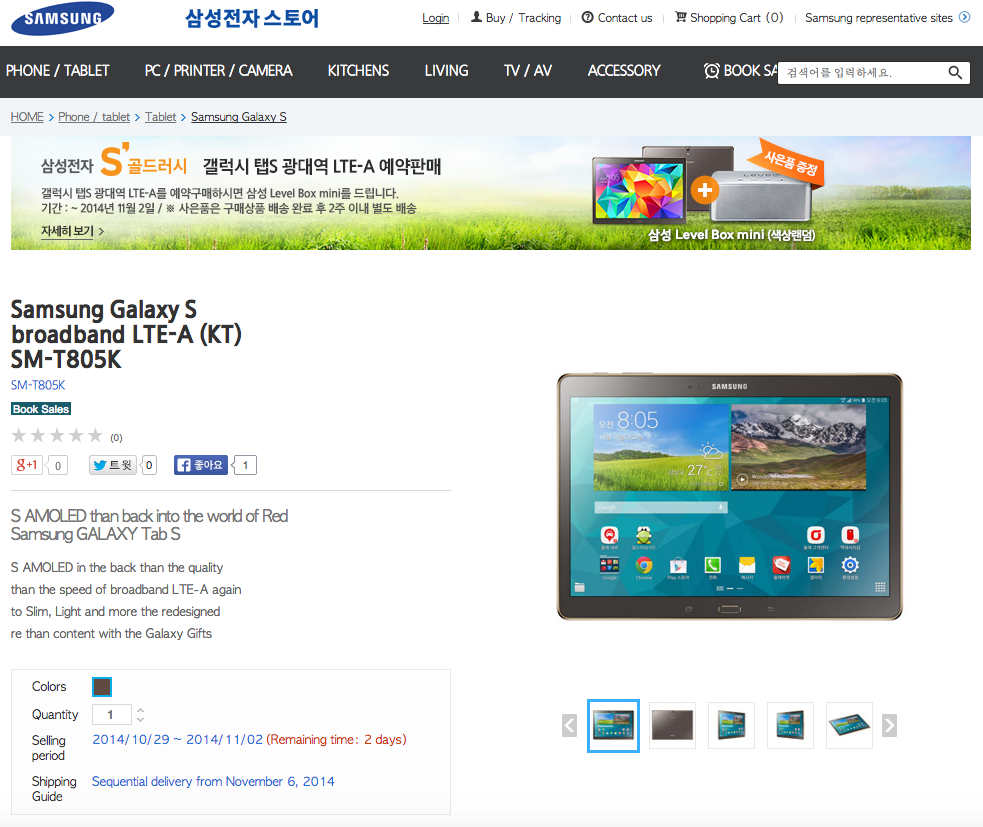