We’ve seen this happen before. One of Samsung’s apps gets an update, and the update’s description gives away the existence of an upcoming Samsung device. Well, it is happening again, and this time, the Galaxy Note 10.1 2015 Edition has been spotted on Samsung’s website and in the description for the company’s Watch ON app. The Galaxy Note 10.1 2014 Edition was launched alongside the Galaxy Note 3 in late 2013, and we’ve seen many folks clamoring for a sequel. It looks like Samsung will be obliging with the 2015 Edition of the device, though at this point we’re completely in the dark as far as hardware, pricing, and release info is concerned.

For those who’ve forgotten, the Galaxy Note 10.1 2014 Edition featured a 10.1-inch 2560×1600 Super Clear LCD display, an octa-core Exynos 5420 processor, 3GB of RAM, an 8-megapixel rear camera, and a 8,220 mAh battery. It’s possible Samsung will upgrade the display on the Note 10.1 2015 Edition to a Super AMOLED unit, like the one used on the Galaxy Tab S 10.5, and we’d be the last ones to complain given how amazing Samsung’s in-house display technology has become. 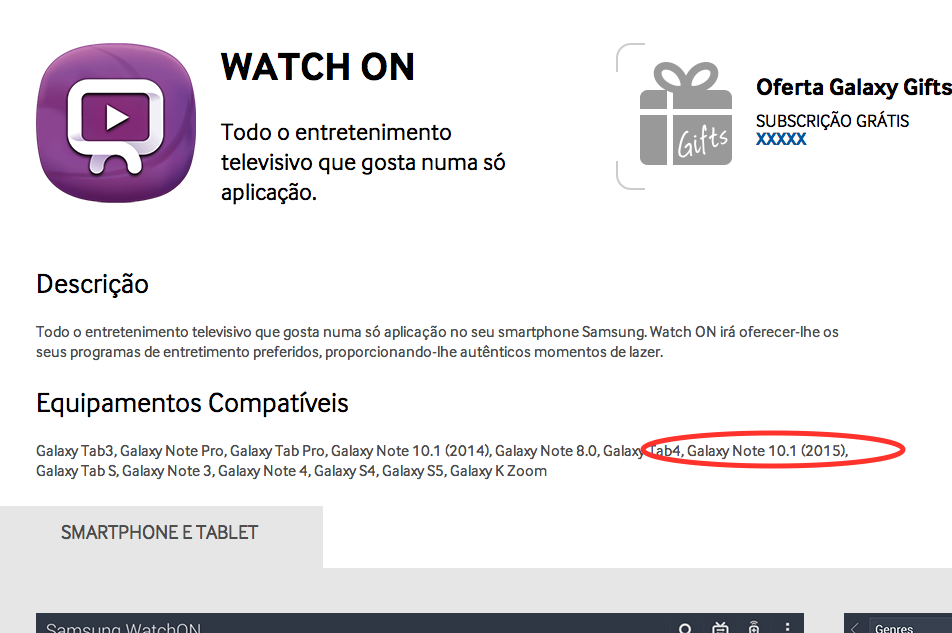