At last, the South Korean version of the Galaxy S3 is being updated to Android 4.4.4 KitKat. Ten months after it received the Android 4.3 update, the Galaxy S3 SHV-E210S is being receiving the Android 4.4.4 update with build number E210SKSUKNI3 via OTA as well as via Kies. It might take a couple of days for it to hit your device so, if you can’t wait for the OTA, you can manually download and flash the update from our firmware section. This update contains general performance improvements and bug fixes apart from security patches which were introduced by Google in Android 4.4.4 KitKat. 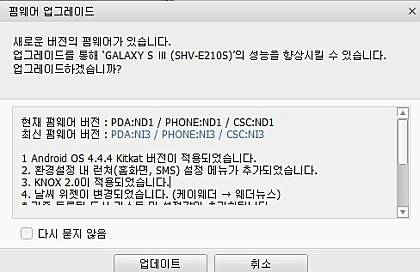