Both the Korean and international 3G variants of the Galaxy Note 3 Neo have received the update to Android 4.4.2 KitKat in the last month or so, and now, the update is making its way to the LTE variant of the Galaxy Note 3’s less powered sibling. The update seems to be available only over the air at the moment; it has the build number N7505XXUCNG2 and should include your usual slew of KitKat features. Those include a smoother interface, better performance and battery life, full-screen album art on the lockscreen, wireless printing, white status bar icons, settings options to select the default messaging and home screen apps, closed captions support, and updated versions of a few Samsung apps.

We probably don’t need to remind you that the update will take its due course to arrive on every device out there thanks to the gradual nature of these rollouts, though a peek into the Settings » General » About phone » Software update page should hurry up the process for some. 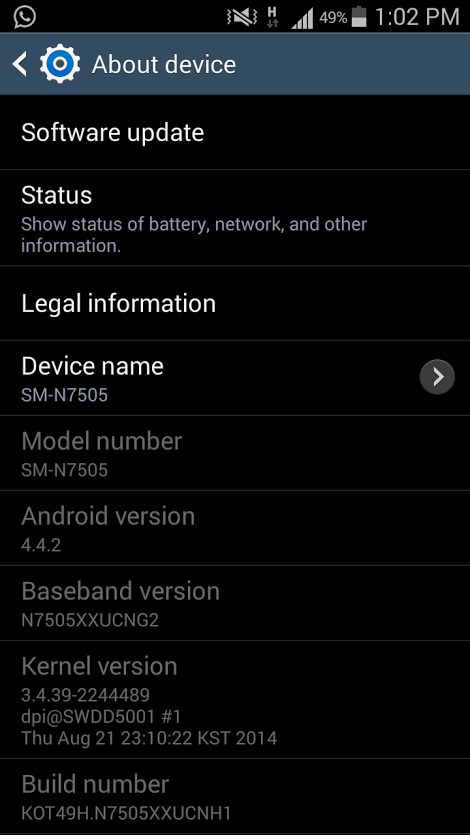