Galaxy S5 mini gets a teardown, at par with Galaxy S5’s repairability score

Teardowns are always interesting and the fine folks at iFixit have got the new Samsung device under the knife. The site imported Galaxy S5 mini and reveals every component that powers the smaller sibling of Samsung’s flagship Galaxy S5 phone. As for the components, the Galaxy S5 mini boasts a Samsung K3QF5F50MM 1.5 GB DRAM, 1.4 GHz quad-core Exynos 3 Quad, Wolfson audio chip amongst other things.

The site also notes the display is “held in with a significant amount of adhesive and requires very careful and persistent prying” but it’s fairly easy to replace other components once you get past the display.

In short, the Galaxy S5 mini is same as the original Galaxy S5 when it comes to repairability. 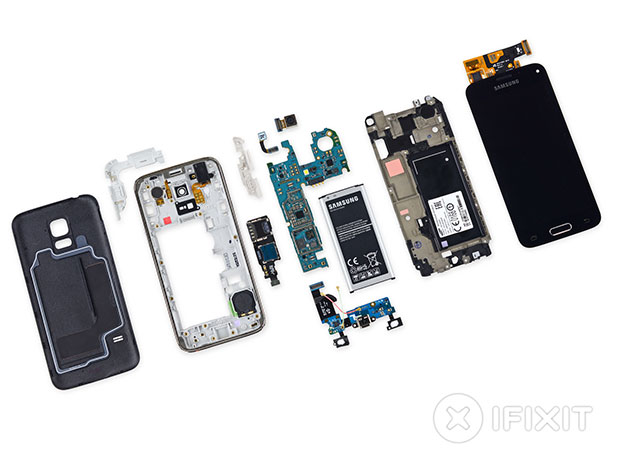