The KitKat updates just keep on coming. We saw the latest version of the OS go out to the Galaxy S III, Galaxy Note II, and the Galaxy Tab 3 8.0 yesterday, and now the chocolaty update is making its way to the Galaxy S4 mini on Verizon. The update carries build number KOT49H.I435VRUBND5 and is currently rolling out over the air, and in addition to the usual KitKat features, brings changes such as KNOX 2.0, font size options in Samsung’s messaging app, and Verizon’s Cloud and Emergency Alerts apps as extra bloatware (though the latter should come in handy.)

Expect the update to pop on your Galaxy S4 mini in the next few days, though you can try mashing that Check for updates button in the Settings » General/More » About phone » Software updates menu if you’re the impatient kind. It shouldn’t be long before the update hits the international model (the Black Edition has already started getting it) and other US carrier variants, though we can’t naturally give out an estimate on when that will happen considering it’s all in Samsung’s hands. 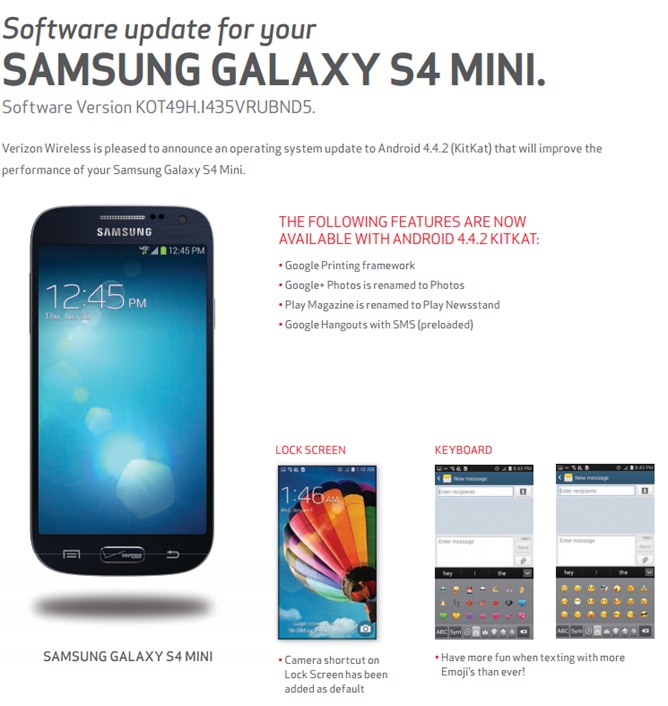