We have been pretty excited about the Galaxy Tab S, Samsung’s upcoming tablet lineup with AMOLED displays, mainly because it will feature the beautiful screen technology that we have come to love on Samsung’s phones. However, the leaked photos that we’ve seen of the Galaxy Tab S didn’t do much to show off the vivid colors and high contrast one expects from AMOLED displays, but that’s changing today. A SamMobile forum member (amusingly going by the name of JK Shin) has posted a picture of what is purportedly the 10.5-inch variant of the Galaxy Tab S, and it’s the first photo that actually shows off how the display on the device will differ from its LCD brethren in terms of color reproduction.

Of course, it’s possible that wallpaper is simply playing tricks on our eyes, so we will have to wait for the Galaxy Tab S to be officially announced before finding out just how good those AMOLED displays are. The Galaxy Tab S tablets will feature 2560×1600 displays, an octa-core Exynos 5420 CPU with four 1.9GHz Cortex-A15 cores and four 1.3GHz Cortex-A7 cores, 8-megapixel rear camera, 2.1-megapixel front-facing camera, Wi-Fi a/b/g/n/ac, Bluetooth 4.0 LE, GPS/GLONASS, and LTE connectivity, an IR blaster, and Android 4.4 KitKat with Samsung’s Magazine UX. Like the Galaxy S5, the Galaxy Tab S will feature a fingerprint scanner integrated into the home button, and will come in Wi-Fi and LTE variants.

The Galaxy Tab S will be officially unveiled on June 12. 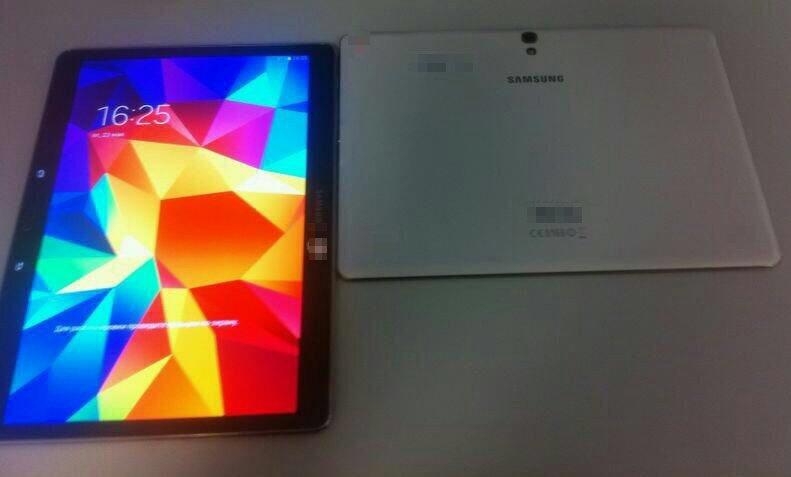