When Samsung launched the Gear 2, Gear 2 Neo and Gear Fit at Mobile World Congress, the company focused on talking about what the three devices can do, instead of talking specs like they would for a new smartphone. One crucial detail the announcement missed was info on the processors Samsung is using to power its three new wearables, but thanks to our resourceful insiders, we’ve got exclusive information on the type of chipsets powering the Gear 2, Gear 2 Neo, and Gear Fit.

The Gear 2 and Gear 2 Neo are once again powered by an Exynos processor like the original Galaxy Gear, though it’s a newer variant this time – an Exynos 3250 clocked at 1GHz with two processor cores, a dedicated SoC Samsung has developed for use on its smartwatch. On the Galaxy Gear, Samsung had downclocked the CPU and disabled one of the two cores in order to improve battery life – that apparently wasn’t necessary on the Gear 2, as battery life gains were achieved by replacing Android with Tizen.

The Gear Fit, on the other hand, is using a more simple chip behind the scenes – the STM32F439, a Cortex-M4 chip that is more of a microcontroller than a full-blown processor, which is more than enough to power the real-time operating system running on the Gear Fit.

Update: ifixit published a full teardown of the Gear 2 which also shows the Exynos 3250 SoC. 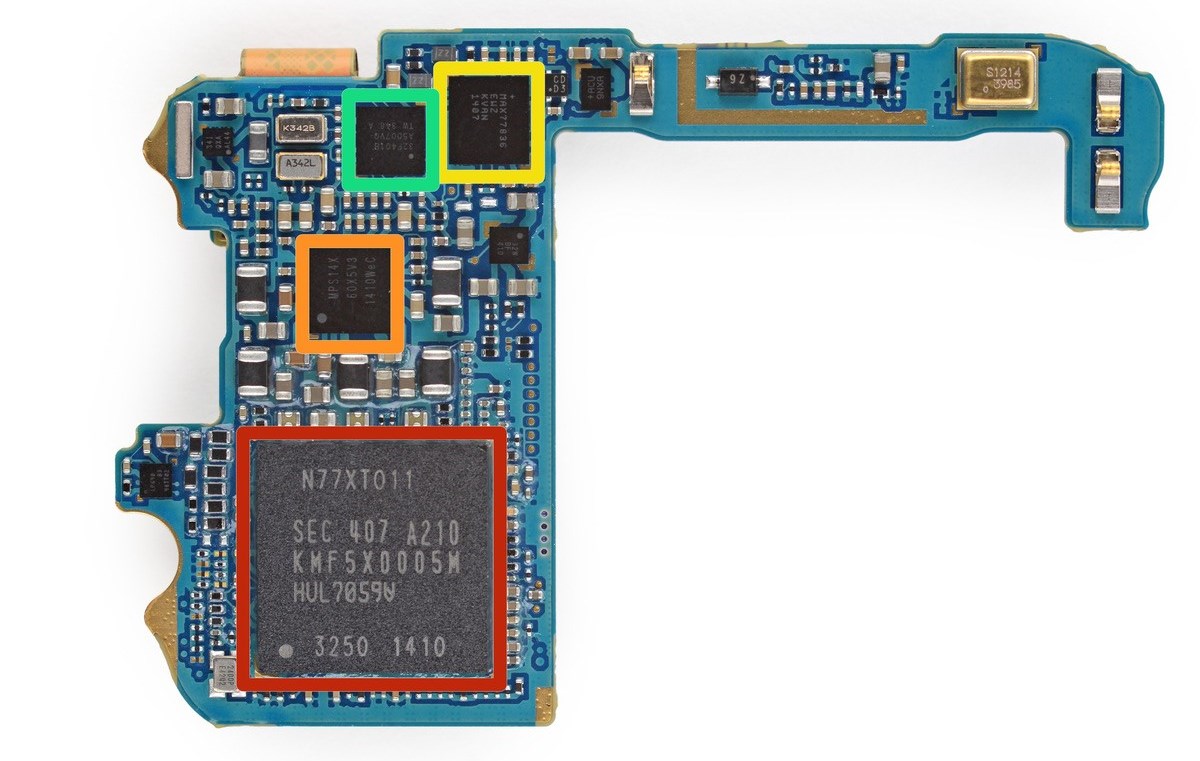