Samsung unveiled its next-generation smartwatches, the Gear 2 and Gear 2 Neo, at the Mobile World Congress. The absence of the Galaxy branding is no coincidence, as these device run on Samsung’s Tizen platform. Samsung claims that switching to Tizen allows for battery life of two to three days, which is twice as long as the original Galaxy Gear managed. Both the Gear 2 and Gear 2 Neo are thinner and lighter than the Galaxy Gear, but it is clear that there isn’t as radical a design change as was rumored. One facet that did change is the inclusion of the camera on the front of the watch rather than on the wristband.

The Gear 2 and Gear 2 Neo feature the same 1.63-inch screen with the resolution of 320 x 320 that was seen on the original Galaxy Gear. The 1 GHz processor is slightly faster, while the internal storage and RAM are the same at 4 GB and 512 MB. New additions include an IP67 certification which means that these watches are dust and water resistant, a heart rate sensor and IR blaster. The battery has been downgraded to 300 mAh, but Samsung claims that battery life will be significantly better. The only major difference between these two devices is that the Gear 2 Neo does not come with the 2 MP camera that is included on the Gear 2. This allows the Gear 2 Neo to be 13 gms lighter. Pricing information hasn’t been divulged yet, but these smartwatches are set to be available from the second quarter of this year. 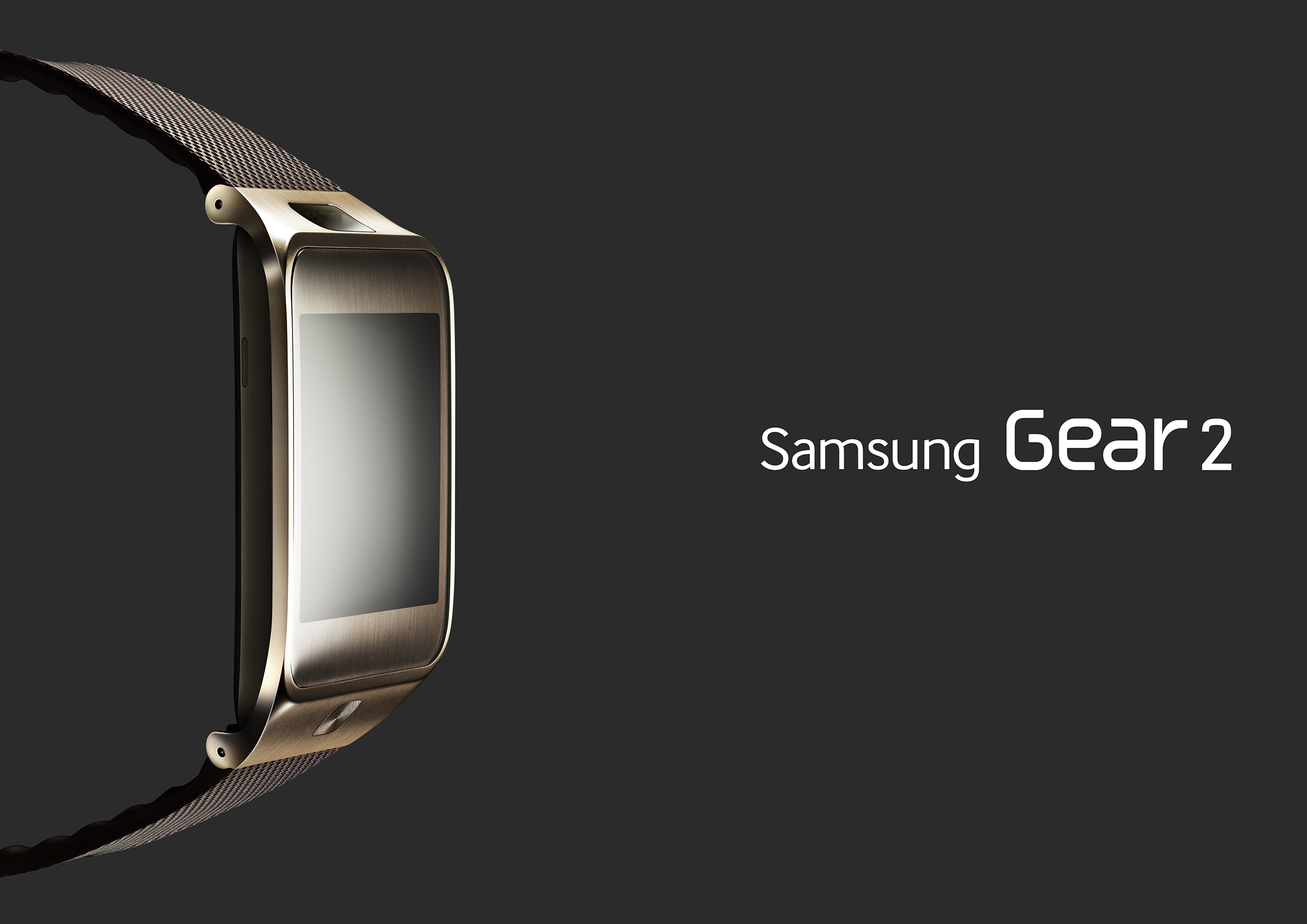 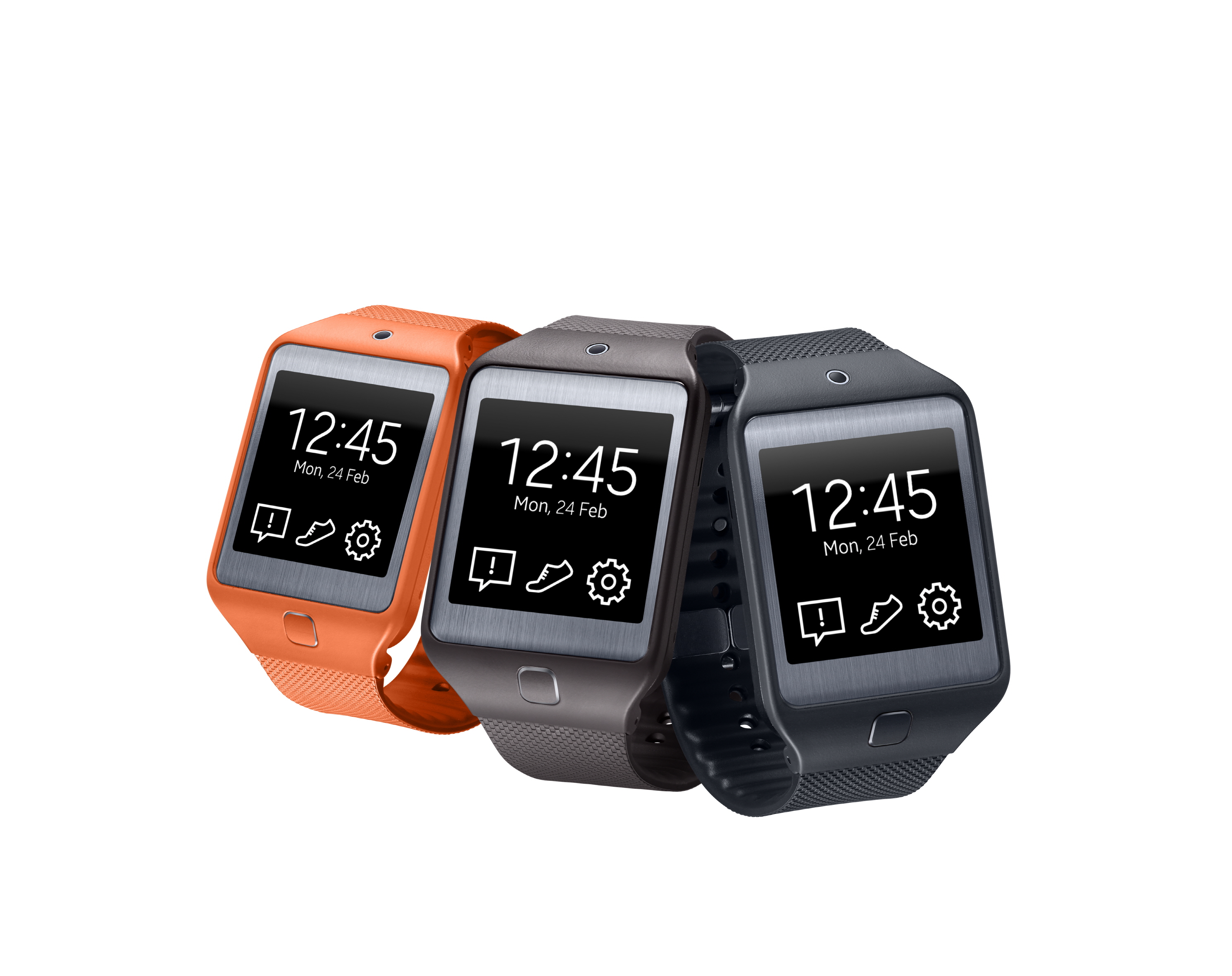