Thoughts on the Samsung GALAXY S5

When Samsung announced that they will have an Unpacked event in Barcelona on February 24th for unveiling their “Next GALAXY”, we all knew that Samsung was talking about the GALAXY S5, especially when they named the event as Unpacked 5. If you watched the Unpacked event, you may have noticed that the presentation was different from other Unpacked events from the past. It was straight forward and mostly focused on the message that Samsung was sending out, which was that they are aiming at delivering a great user experience with the GALAXY S5, or as some would call it, a back-to-basics experience.

Though Samsung didn’t manage to wow everyone with the launch of its new flagship device, it seemed that investors liked the strategy Samsung has chosen for the Galaxy S5 since stock price of the company rose by 0.4 percent the following day, which was a good achievement for Samsung considerably the rough patch its shares had been going through in the last quarter. 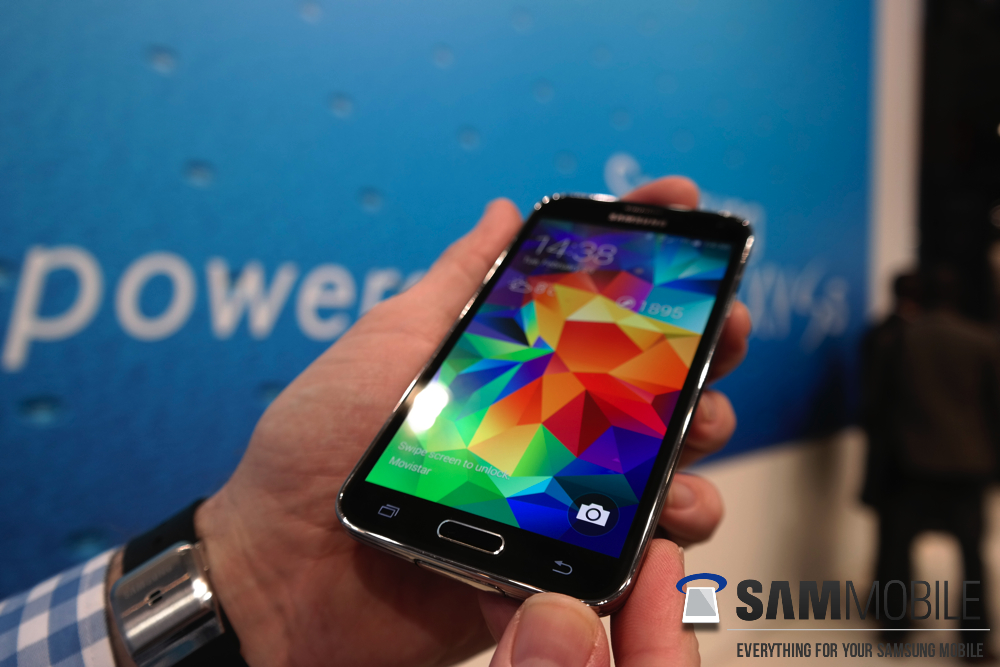 In Barcelona we spent some time with the GALAXY S5, and even though we weren’t wowed by the hardware, we still believe that Samsung’s flagship device will sell well if they price it right. The hardware is not bad; in fact overall it is the best you can get at the moment. But it seems that the market for flagship devices seems to have stagnated, and we’re left waiting for new innovations.

Still there are many things that we like about the GALAXY S5, like the quality of the 5.1-inch Super AMOLED Full HD screen. Even though the screen has the same resolution and is only slightly larger than the screen of the GALAXY S4, it looks considerably better. The reason for this is that Samsung has developed a custom image chip that controls and adjust the colors gamut and contrast, which means the colors and contrast on the display look better in different lightning conditions compared to previous displays.

We were also pleased with the performance – even on a pre-production unit running on a test firmware, the phone was zippy and smooth. Samsung’s improved version of its TouchWiz overlay looks really nice, and we were impressed by the design changes, such as the flatter apps interfaces and improved icons.

Samsung went for a matte finish back cover with a dimple pattern, or like Samsung is calling it, the ‘glam look’, for the GALAXY S5, instead of the glossy back cover which we saw on the GALAXY S III and S4. At first, we weren’t impressed, but once we got the phone in our hands, it changed our minds. It may not have a metal enclosure but it feels great to hold it, and thanks to the soft touch back, it gives you a nice grip and makes it hard for the phone to slip out of your hands. 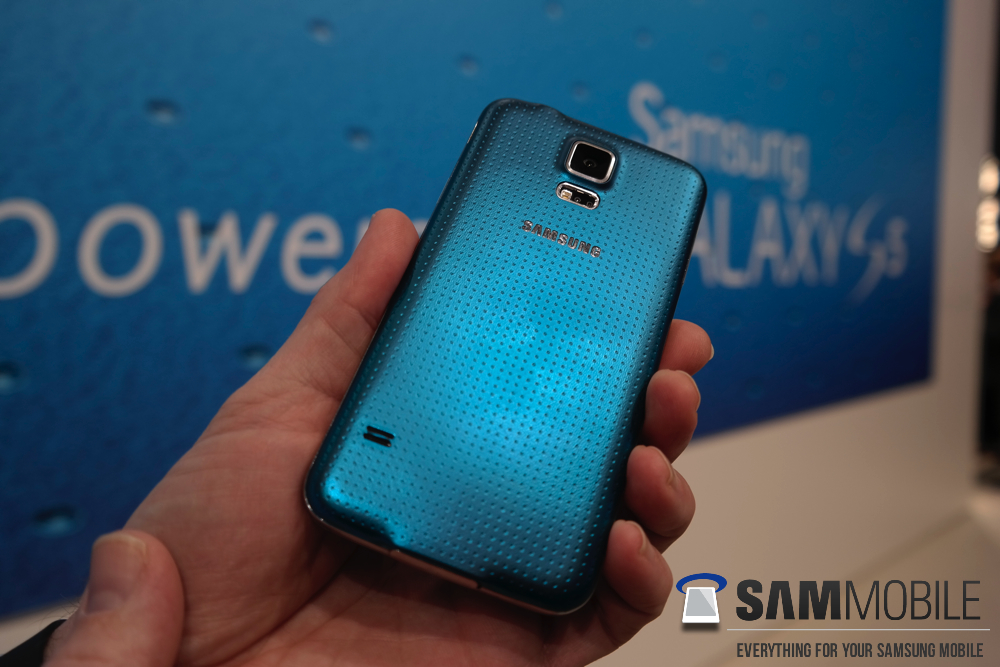 Samsung also introduced some new features, such as download booster which combines the speeds of LTE and Wi-Fi for faster download speeds, a heart rate sensor with a new version of S Health, Ultra Power Saving Mode, and the improved camera with faster autofocus and features like Selective Focus. We will take a closer look at these new features in our full review.

You’re probably thinking that I’ve forgotten about the fingerprint scanner, but that’s not the case. From a security standpoint, the fingerprint sensor is great to have since it’s easy and convenient to use. The setup was pretty straightforward, though the only strange thing is that after setting up your fingerprint, you have to manually select the finger scanner as the default method for unlocking your device, which we hope will be changed in the final version of the software that runs on the retail units.

Samsung has also expanded the usage of the fingerprint scanner to other functions, such as keeping files secure under a private mode, or authorizing PayPal payments. During our tests we found it to work pretty well when unlocking the device, though holding the phone in two hands gave us a higher success rate, as it kept the phone stable. Again, this will hopefully not be an issue on retail units.

Samsung will release the GALAXY S5 globally on April 11, in a huge launch in 150 countries simultaneously. The price for different markets is still to be decided, but we expect Samsung to communicate pricing details pretty soon since their marketing machine will likely be running on full power very soon.

Are you excited about the GALAXY S5? Do you want to know more about its new features or do you have a question about its performance? Just leave questions in the comments and we will try to answer them in our full review!