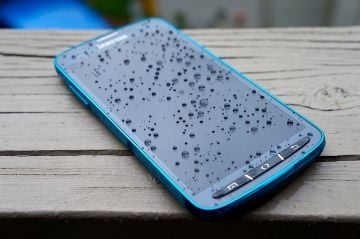 Like the Galaxy S4, the Galaxy S5 is expected to have multiple variants, with the Galaxy S5 mini and Galaxy S5 zoom exclusively confirmed by us a few weeks ago. Now, the Korean media is reporting that a Galaxy S5 Active is (unsurprisingly) in the works as well, with Samsung intending to produce almost 5 million of these water- and dust-proof Galaxy S5’s, in an attempt to make it more mainstream than the Galaxy S4 Active managed to be. As a result, the S5 Active is expected to account for almost 20 to 30 percent of total Galaxy S5 sales, though hopefully Samsung will manage to keep the same specs across both the rugged and non-rugged version of its next flagship, instead of downgrading it key areas like the camera.

Elsewhere, it looks like the Galaxy S5 zoom might be under testing by Samsung. A Samsung SM-C115 was recently shipped to India according to the Indian import / export site Zauba. The Galaxy S4 zoom sported the model numbers SM-C101 and SM-C105, which means the SM-C115 has a high chance of being the Galaxy S5 zoom. The shipping listing doesn’t mention any details, though according to our insiders, the display size should be 4.8-inches, with a qHD (960×540) resolution. An official announcement is expected to be made sometime in May, a few weeks after the Galaxy S5 hits markets.