Here you will find the latest news and most recent developments on the Samsung Galaxy S5 Active, with regular updates and all the information you need. 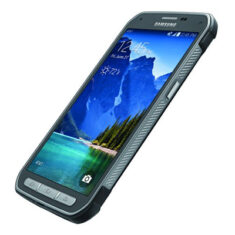 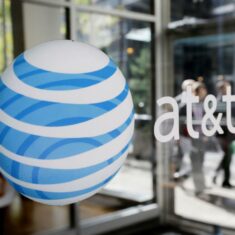 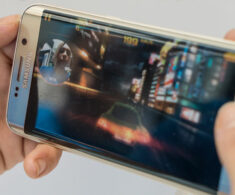 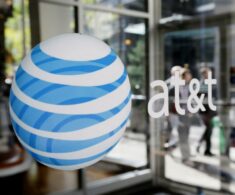 Folks who own the Galaxy Alpha or the Galaxy S5 Active on AT&T have an update to look out for today. The carrier has just started rolling out Android 5.0 Lollipop for these handsets, they’ll both be updated to version 5.0 and will receive all of the goodies that come as part and parcel of […]

Sprint subscribers in the United States who own a Galaxy S5 Sport should keep an eye out for an update notification as the carrier has finally released the Lollipop update for this device. For those who are unaware, the Galaxy S5 Sport is actually Sprint’s variant of the Galaxy S5 Active. Software version G860PVPU1BOC5 brings […]

Folks who own the Galaxy S5 Active on AT&T will today receive a notification about a software update. The carrier has released Android 4.4.4 for this device. Unfortunately it is not the Android 5.0 Lollipop update that many have been waiting for. AT&T hasn’t even released Lollipop for its Galaxy S5 variant, which was also […]

Last week, we had published a list of all the European countries where the Galaxy S5 Active is expected to launched but there was no concrete information on the actual release date. It appears that guys over at GSMInfo.nl have managed to discover that it might be released in Netherlands by mid-November. The Dutch online retailer, Central Point, […]

Samsung Galaxy S5 Active to launch in these European countries

The Galaxy S5 Active was initially launched as an exclusive for US carrier AT&T. We later revealed that it would be making its way to Europe as well, and also published exclusive photos of the European variant. Now, thanks to Samsung’s firmware servers, we have a list of the European markets that will see the Galaxy […]

In May, Samsung announced the Galaxy S5 Active, a ruggedised version of the Galaxy S5. But, for some reason, the Korean giant decided to keep it exclusive to the U.S. market, especially on AT&T – U.S. network provider. However, soon the device started to launch on different carriers, and was also made available in Canada. Now, […]

NTT Docomo, which is one of the key telecom operators in Japan, has announced three new devices from Samsung as a part of their winter line-up; the Galaxy S5 Active (SC-02G), Galaxy Note Edge and Galaxy Tab S 8.4. The Galaxy S5 Active, which was restricted to the North American market, will now be available in the Japanese […]

The extra-rugged sibling of the Galaxy S5 is finally ending its exclusivity on US carrier AT&T and making its way to Canada. Bell, Rogers and TELUS are all offering the Galaxy S5 Active to consumers, with Bell and Rogers stocking the device right now and selling it for CA$280 with a two-year contract and for CA$700 outright. […]

Earlier this year, Samsung launched the Galaxy S5 Active, a rugged variant of the already water and dust-resistant Galaxy S5. For some reason, Samsung has kept the device exclusive to carriers in the US, but it turns out the exclusivity will be short-lived as our sources tell us that the Galaxy S5 Active will be […]

There’s a lot of stuff that happens in the tech industry, something that is especially true when it comes to giants like Samsung. If you missed out on some (or all) of what happened over the weekend, well, here’s a recap of all the big things that went down. We got the first look at […]

Samsung’s Galaxy S5 Active has finally gone official on AT&T. The phone is the same one we had seen in the leaks and is now available up for purchase in the United States from AT&T stores (online and brick-and-mortar). The design of the Galaxy S5 is slightly different with a more rugged feel than the […]

The Galaxy S5 Active has been detailed quite thoroughly in a couple of leaked videos already, and today, leaked images are offering another clear look at the upcoming rugged variant of the Galaxy S5. The images show off the AT&T version of the device, revealing its front and the back, both with the removable back […]

There’s a lot of stuff that happens in the tech industry, something that is especially true when it comes to giants like Samsung. If you missed out on some (or all) of what happened over the weekend, well, here’s a recap of all the big things that went down. We published exclusive info on some […]

We don’t really need any more leaks to show us what the upcoming Galaxy S5 Active looks like, thanks to a handful of videos that have shown the device from every angle and ruined any surprises Samsung might have wanted to woo us with. But if you’re still not convinced, then you can take a […]