Samsung files four patents for flexible displays in the US

The Galaxy Round, the world’s first smartphone with a curved ‘flexible’ display, might be a prototype of sorts for Samsung, but it’s no secret that the Korean manufacturer is taking flexible displays seriously. On that front, Samsung has filed four new patents for flexible displays with the US Patent Office. The patents are rather broad in coverage, but it seems like Samsung is developing flexible displays that can be operated in various ways.

For example, one patent talks about how applying a bending gesture could be treated as a means of input, offering various functions accordingly. Another talks about using input buttons that, when pressed, will deform the device/display in a particular way, which hints at a feature that could let users control how a particular part of the display/device would be aligned/curved at a particular moment.

The patents filed represent a wide range of form factors and flexible displays, and it remains to be seen if we’ll ever see most of these functions implemented on an actual consumer device. More details on the patents can be found at the source link. 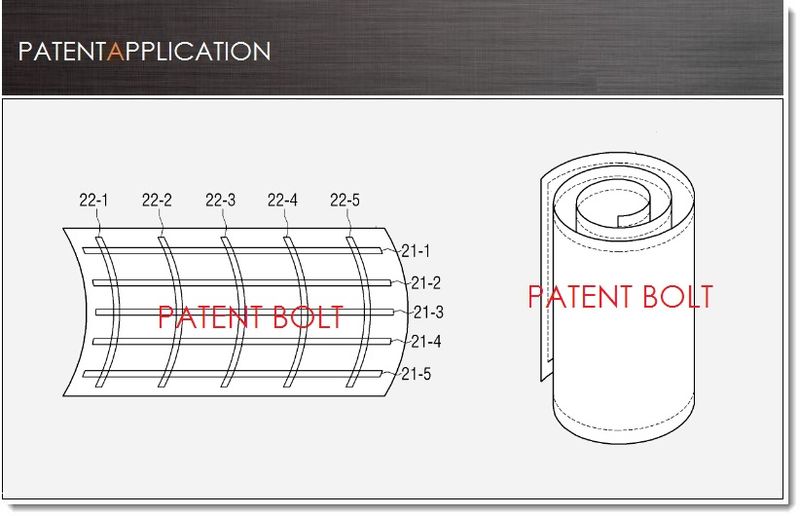