It had been almost 3 years since Linux kernel 2.6.36 had been released. Ever since then, the Linux Sponsor Shift had made a huge leap. The latest statistics from The Linux Foundation, shows the top 20 companies that had contributed the most to the Linux kernel, with Samsung clinching the highest increase in Share of Commits by 1.83 times.
In fact, Samsung is trying to contribute more to open source technology projects and innovations with the opening of Samsung Open Source Group. They are also hiring around 20,000 software developers, who are able to work on open source components and there are plans in future to add more workers. 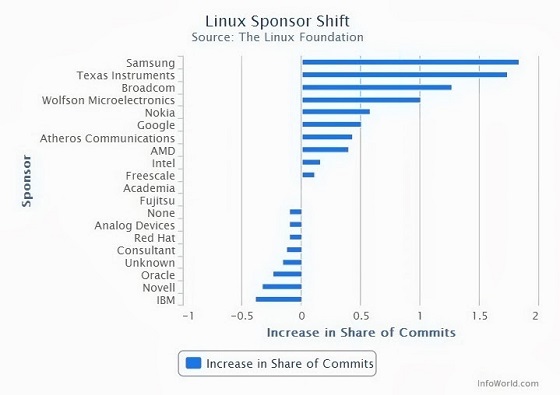