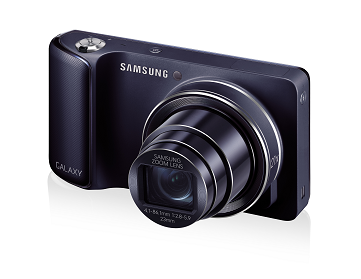 It looks like Samsung is working on a new Galaxy Camera (EK-GN120). Just few months ago, Samsung released an inexpensive version of the Galaxy Camera by making it Wi-Fi-only, but the product that appeared today might be the successor to the original Galaxy Camera or a variant with additional functionality.

A new Galaxy Camera with the model number of “EK-GN120” has just received Bluetooth certification and it looks like it’s more than just a camera, the thing which makes us wonder is that under Product Type it’s listed as a “Mobile Phone”. It could be that Samsung is developing a next-generation Galaxy Camera with calling functionality or preparing to release a new variant of the original Galaxy Camera. 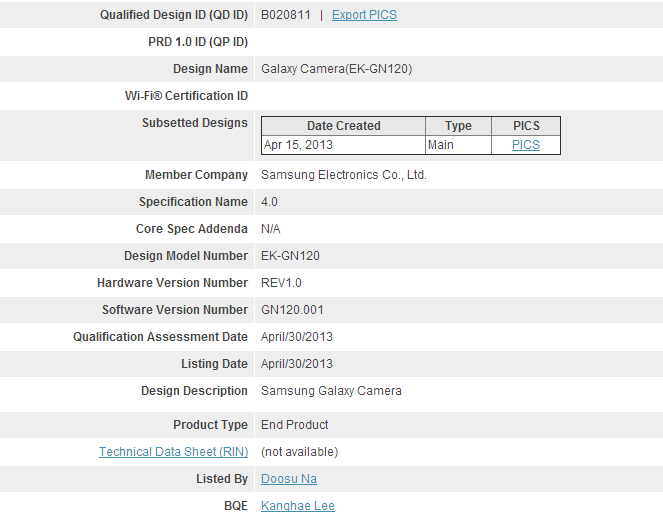 Unfortunately, the certifications provides us very little information, apart from the fact that it is a Galaxy Camera carrying EK-GN120 as its model number with Bluetooth 4.0 in the category of mobile phones. For now we don’t know what else has been changed in the spec sheet but in the coming period we will surely learn more about this new Galaxy Camera.

The current Galaxy Camera packs an Exynos 4412 CPU clocked at 1.4GHz, Mali-400 GPU and 1GB of RAM. The Galaxy Camera features a stunning 4.8″ Super Clear LCD panel with a 720p (720×1280) resolution, a 16 Megapixel camera on the back with Xenon flash. The most powerful feature of the Galaxy Camera is that it runs on Android 4.1.2 Jelly Bean with Samsung’s Nature UX.

Today Samsung pushed out the first firmware for the Galaxy Camera with LTE. The firmware based on Android 4.1. …

Since today the first Android 4.1.2 update is available for the Galaxy Camera in the United Kingdom. You are a …

This review has been re-written by Dom Armstrong from samsunggeeks.com SamMobile member ID: dombledore Introdu …