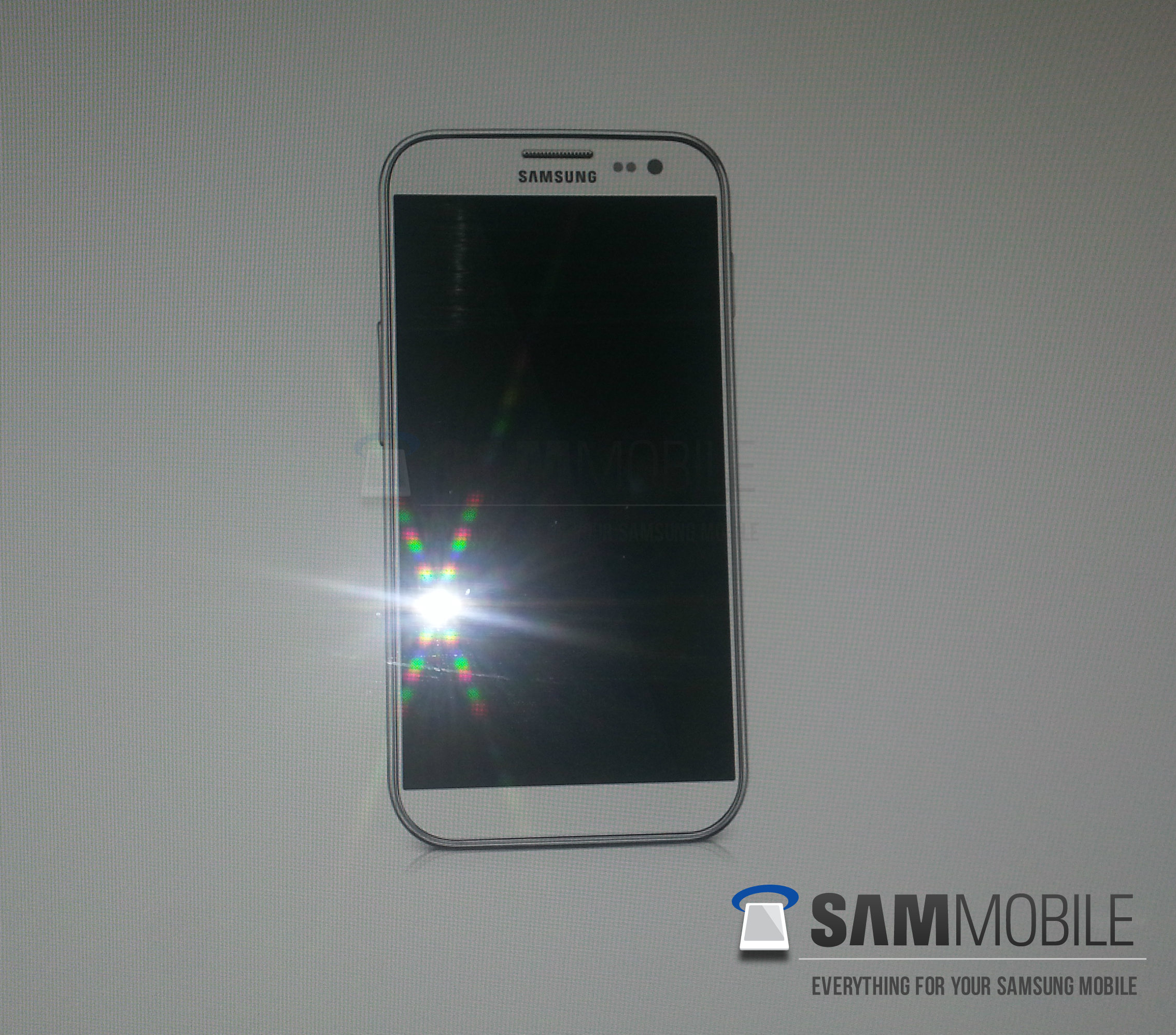 By looking at the picture of the device we observed a few things, the device will use on-screen buttons as there is no home-button present on the device (Finally), the bezel around the device is much thinner and the device features a large display.

Reaction SamMobile:
– Source claimed to have more pictures.
– It’s hard to believe.
– Mix between Galaxy S III / Galaxy Premier could make this render (press photo) looks real.
– Before the official presentation by Samsung is nothing 100% sure.

UPDATE.
A Korean member (tlagusgh3962) of SamMobile just posted an image of Samsung Mobile Unpacked 2013 invitation. The Picture indicates that the Unpacked event will take place in Pyeongchang, Korea. This is also the place where the Olympic winter games will be held in 2018. Samsung to hold the Galaxy S IV press event at March 4 2013. We expect Samsung to hold Mobile Unpacked event 2013 in more than one country and not just Korea. SamMobile reported that Samsung will begin training sessions of Employees in April, this could mean that the device itself will come in early April.  This is just a photo of course, but we requested SamMobile member for more details. (Slogan doesn’t look that legit.) 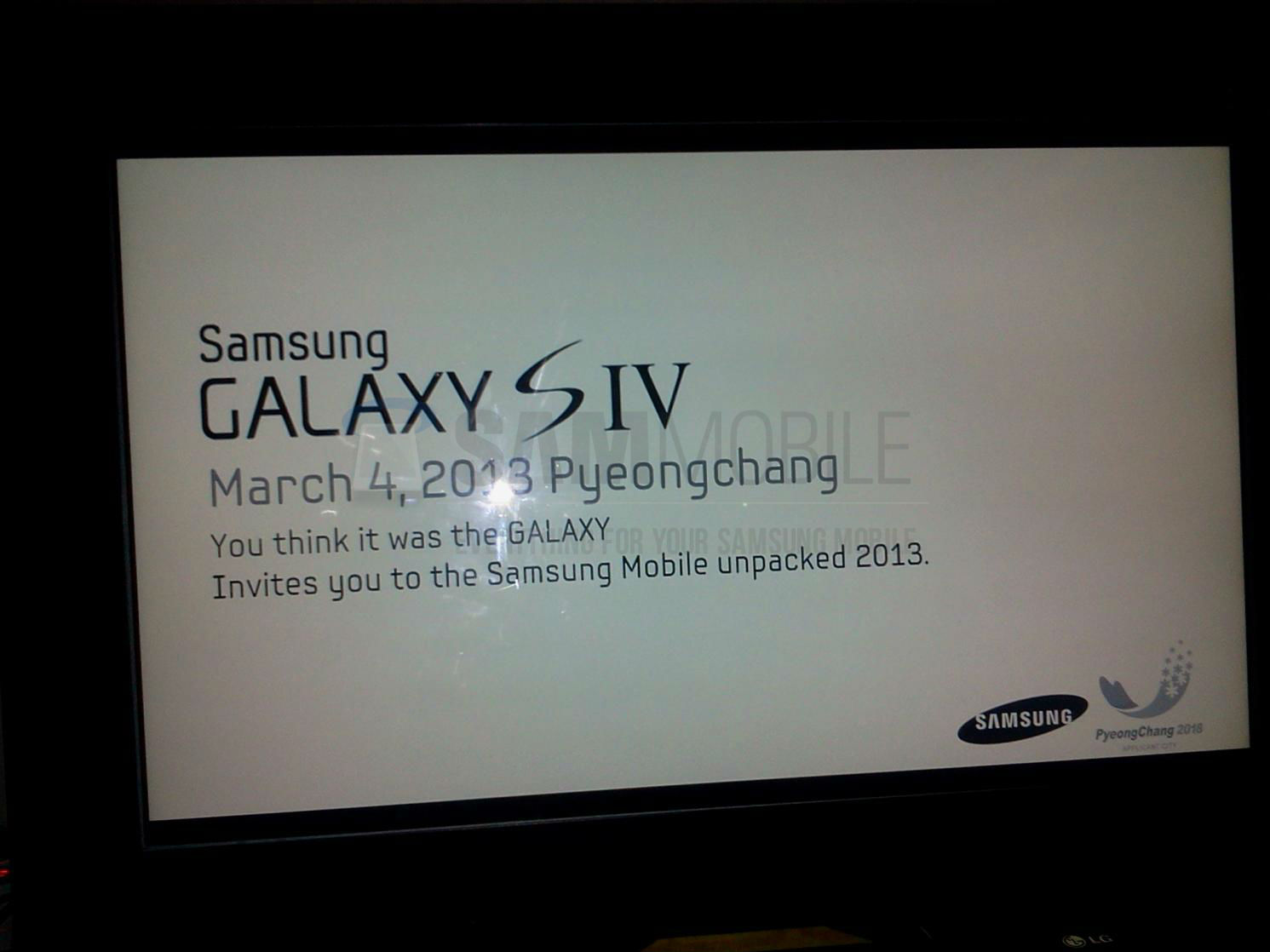