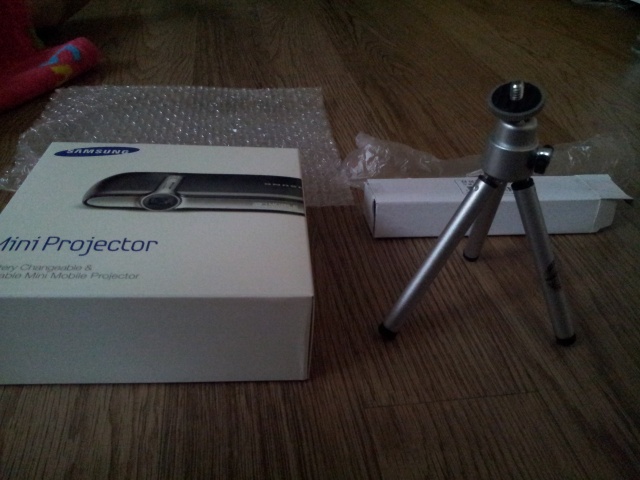 Today we found a interesting accessory for Samsung products: The Mobile Beam Projector, it can be used for Galaxy smartphones, Galaxy Players, Galaxy Tab’s and PC’s (Its only compatible with products that supports MHL/HDMI). The Mobile Beam Projector is smaller than the Galaxy SIII and it has a luxurious design with its curved surfaces.
The projector has a 1650 mAh built-in battery for more than 2 hours of usage and the brightness of projection is up to 20 lumens, it can display content in nHD resolution (640 x 360).

According to the information that we’ve found Samsung has started manufacturing the projector in October this year and as far as we know you can only buy it in Korea. We hope that Samsung will launch this cool accessory in more countries around the world!

In addition to introducing us to the Galaxy S7 and Galaxy S7 edge on Sunday, Samsung also unveiled a host of …

SamMobile tweeted many times about the bigger original battery kit for the Galaxy S III. From 2013 you are abl …