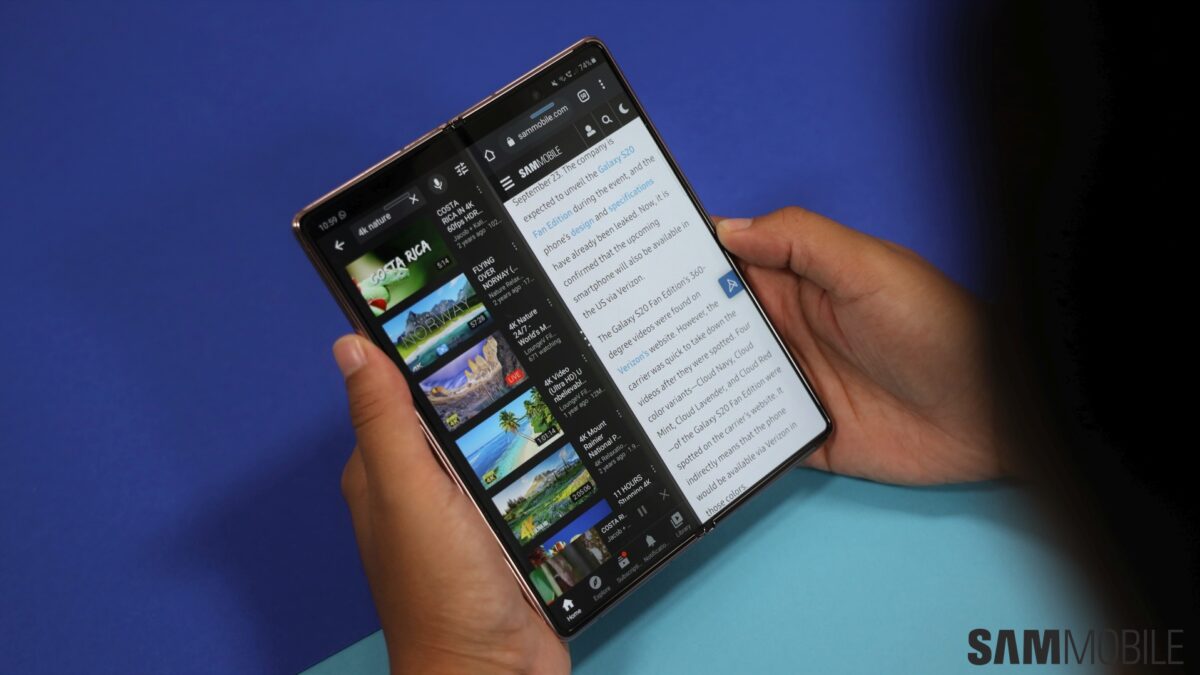 The unlocked variant of the Galaxy Z Fold 2 is the latest Samsung device to have joined the May 2021 security update party. And it did so less than a month since its first siblings began making the jump to the said software version. Stateside, at least, as was to be expected; U.S. carriers have recently improved their delivery times with security updates for modern Galaxy devices, but only as far as flagships are concerned.

Of course, that’s exactly what the Galaxy Z Fold 2 happens to be, so if you happen to own one of these ultra-luxurious foldable pieces of history, you should already start checking for the new security patch if one hasn’t arrived by now. To perform a manual scan, go to Settings > Software update > Download and install. From that same interface, your device will also tell you when was the last time either of you searched for a firmware upgrade.

Once folded and twice updated this month? Not bad for a U.S. device

As for the software release at hand, you’re looking for PDA version F916U1UEU1DUDE. Even if you are, in fact, not a dude, which is just a funny accident resulting from Samsung’s version naming schema. The very thing that reveals the May 1st, 2021 security patch isn’t the only thing that’s on board here. We knew that already, but here’s a detailed write-up, just in case you don’t know what to expect from this particular release.

Speaking of foldable devices and releases, Samsung is likely to be introducing the successor to the Galaxy Z Fold 2 this summer. Make sure to read up on our latest coverage if you want to know what to expect from the Galaxy Z Fold 3 and if this new security update is giving you any trouble, our firmware archive won’t.