Samsung’s CRG5 curved gaming monitor is launching today in South Korea. It features a 27-inch panel with a 1500R curvature and an impressive refresh rate of 240Hz. With the release of the CRG5, the company aims to “strengthen its position as the best gaming monitor brand,” said Kim Seok-gi, who also added that Samsung will continue developing gaming-oriented monitors based on RapidCurve technology.

The game is on at high refresh rates with G-Sync

The CRG5’s curved gaming monitor has a pixel count of 1,920 by 1,080 and provides 178-degrees viewing angles, both horizontally and vertically. With a refresh rate of 240Hz, the monitor can output that many frames per second as long as the computer’s internal hardware can handle it. And by supporting NVIDIA’s G-Sync technology, it promises no screen tearing and minimal input lag.

The spec sheet claims that the CRG5 has a GTG (gray-to-gray) response time of 4ms, which would be respectable for an IPS panel. However, this is a VA (Vertical Alignment) panel and highly competitive gamers might desire lower response times closer to 1ms. 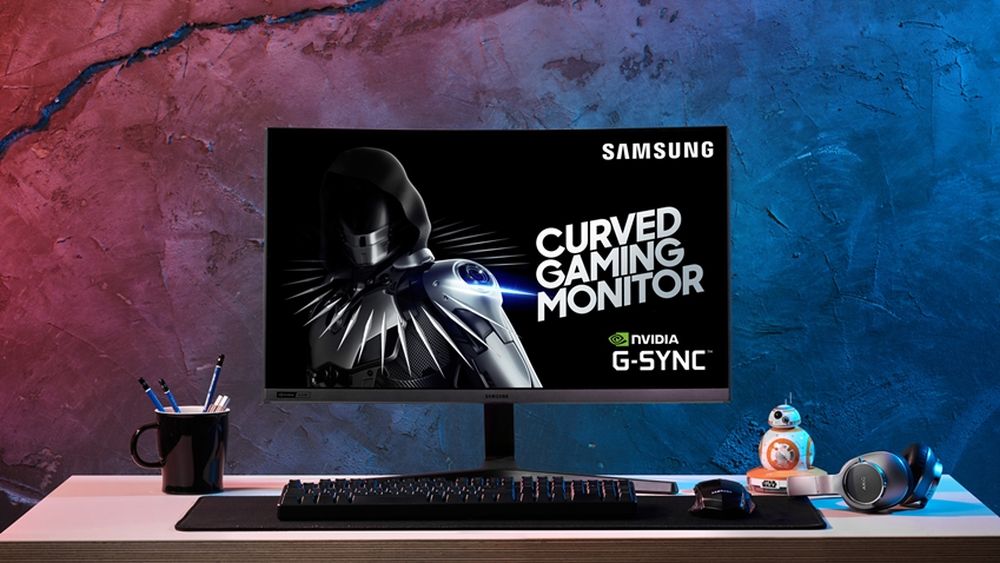 The curved display is capable of a 3000:1 contrast ratio and has a peak brightness of 300 nits. A variety of modes are also included, such as “Game Mode” for automatic brightness, “Eye Saver” for minimizing eye strain by reducing blue light, and “Flicker Free” which aims to do just what the name suggests. The curved monitor also features a “Virtual Target” function which layers a crosshair on the screen itself. This can be useful in shooter games that may lack a crosshair in certain situations or aiming/game modes.

The product hasn’t yet popped up on Samsung’s online store at the time of this writing, but it should hit the virtual shelves by the end of the day. Prices were announced back at E3 when the CRG5 made its first appearance, and as such, the monitor should go on sale in South Korea for the equivalent of $399.