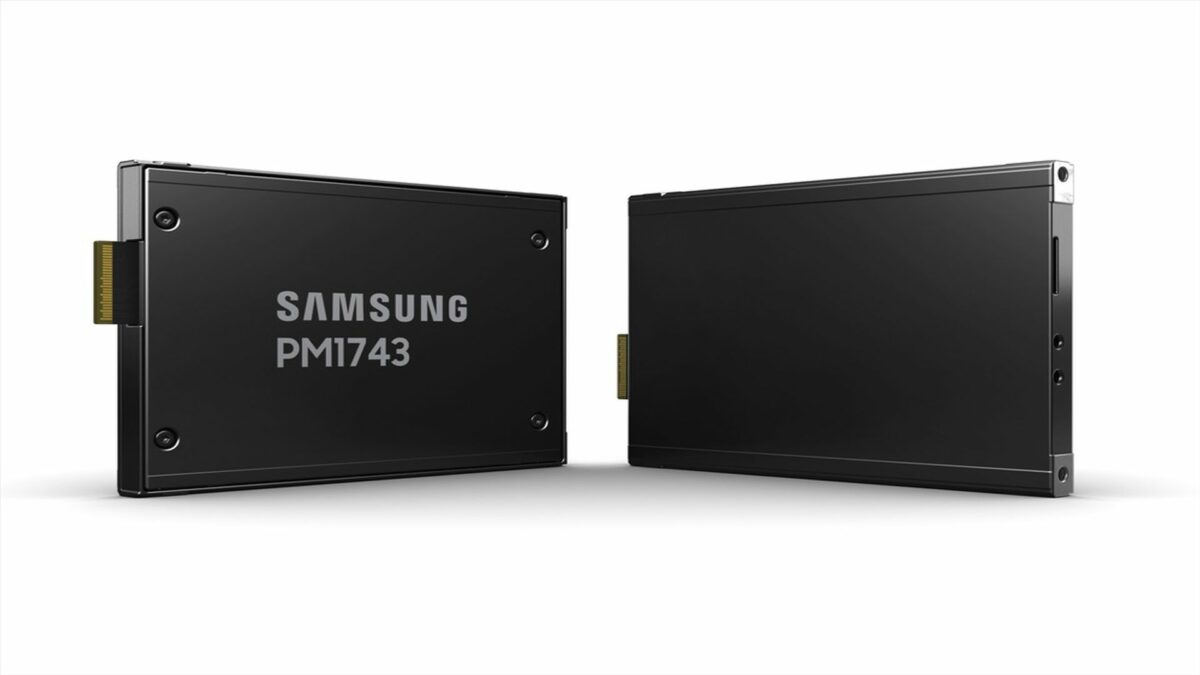 Samsung has announced the launch of its newest high-end SSD called the PM1743. It leverages the latest PCIe 5.0 standard, which improves upon PCIe 4.0 by upping the maximum possible speed to 42GT/s (Giga transfers per second). That amount of bandwidth is a tad overkill for most consumer applications but will come in handy in enterprise environments, especially ones that use AI/machine learning or handle large volumes of data.

Song Yong-ho, Vice President of Samsung’s Memory Business Division, had the following to say about the PM1743 SSD launch. The statement essentially confirmed that Samsung is working with CPU manufacturers to develop PCIe 5.0 and PCIe 6.0 SSD technologies.

Samsung Electronics will work with major servers and CPU companies to drive the growth of the PCIe 5.0 SSD ecosystem and lead the future ERA of PCIe 6.0. Intel is working with Samsung Electronics to improve the completeness of PCIe 5.0-based systems, and we will continue to work together to deliver superior products to our customers.

The Samsung PM1743 SSD offers read and write speeds of up to 13,000MB/s and 6,600MB/s; significantly faster than its previous-generation counterparts. Similarly, it can hit random read speeds of 2,500K IPOS (input/output operations per second) and write speed of 250K IOPS. It also offers 608 MB/s per watt performance, making it 30% more power-efficient compared to its predecessors.

The SSD also supports dual-PCIe 5 ports, allowing for uninterrupted operations in the case of failure of one slot. It comes in a 2.5-inch form factor with capacities ranging between 1.92TB and 15.36TB. Samsung says that the PM1733 SSD will be available for purchase starting in Q1, 2022, but has neglected to mention its price.