Samsung unveiled its 2020 soundbar and TV lineups during this year’s CES (Consumer Electronics Show) in Las Vegas. After launching them in the Netherlands in March, the company has announced that it has launched its new soundbars in South Korea today.

Today, the South Korean TV and speaker maker has launched the HW-Q800T in South Korea, along with other models in the 2020 soundbar lineup. The Samsung HW-Q800T is priced at KRW 900,000 (around $733) in the country, and it features Dolby Atmos and DTS:X to offer 3D sound via its 3.1.2 channel speakers.

The new flagship soundbar from Samsung also features eARC for a wider data transfer bandwidth, so it doesn’t have to compress audio signals. It can transfer high-quality, RAW audio signals from the TV or AV equipment to the speakers.

The Q-Symphony feature allows users to pair the soundbar with a Samsung TV, and the audio is released from both the soundbar and the TV for richer audio quality. Samsung’s HW-Q800T soundbar won the Best Innovation Award at CES 2020 for the Q-Symphony technology.

Samsung currently has the highest market share in both soundbar and TV markets in the world. The company had a market share of 21.8 percent in the global soundbar segment during 2019 and it has been the number one player for six years in a row. 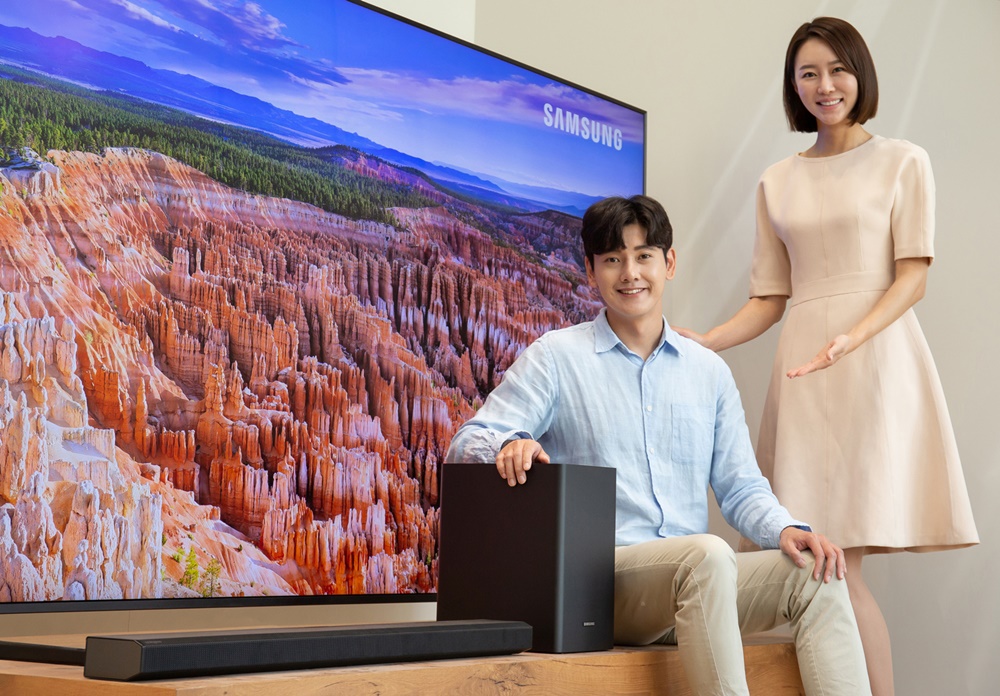