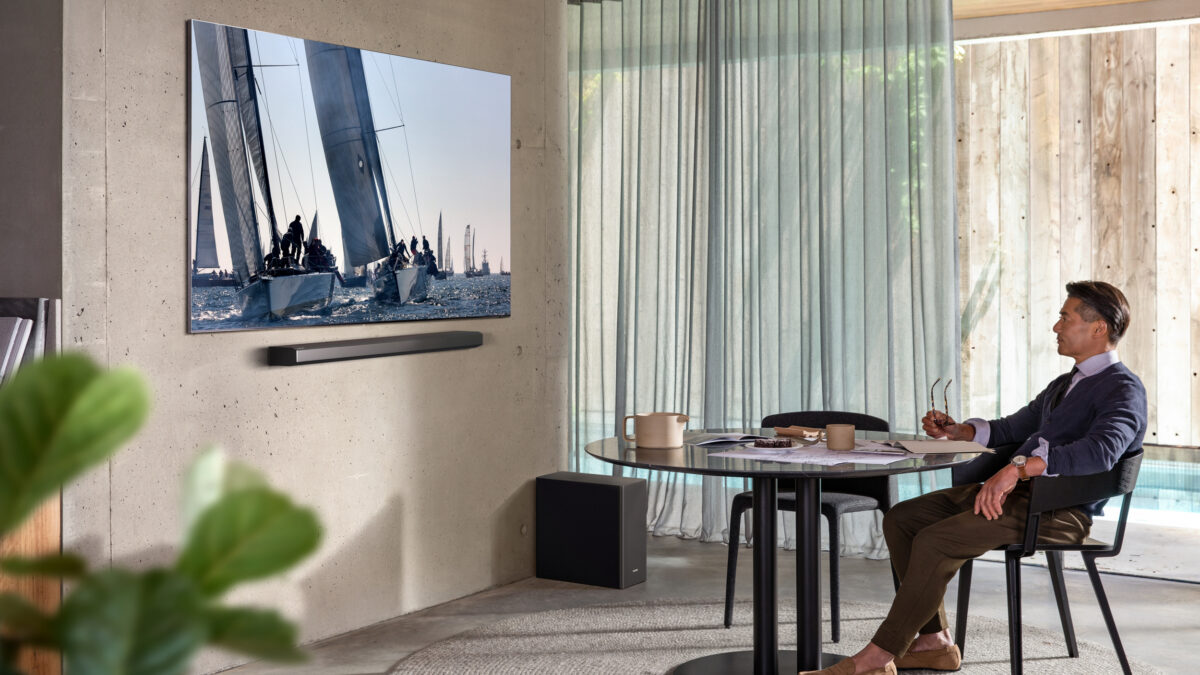 The South Korean electronics giant designs and develops all of its audio products, including soundbars, at the Samsung Audio Lab in Valencia, California, in the US. Last year, the company released high-end soundbars in the Q series and received positive reviews all over the world.

When paired with Samsung’s QLED TVs from 2020, the company’s Q series soundbars produce audio in conjunction with the TV’s speakers. Thanks to this Q-Symphony feature, audio sounds even richer and fuller. This technology recently received the CES 2020 Best of Innovation award, and it is used is all the Q series soundbars from Samsung.

Seong Cho, Senior Vice President and Head of Global Product Marketing of the Visual Display Business at Samsung Electronics, said, “It is rewarding to see that our competitiveness in the audio market over the last several years has culminated in this result. We will ensure Samsung remains an industry leader in both the global TV and soundbar market for years to come.”

Samsung also owns HARMAN International, which is the global leader in the audio segment. It has various sub-brands for audio products, including AKG, Bang & Olufsen, Harman Kardon, Infinity, and JBL.

Samsung has sold over 30 million soundbars since 2008

Samsung, the world’s biggest soundbar brand, has announced that it has sold over 30 million soundbars in its lifetime. The company’s first soundbar was released in 2008, and it was the HT-X810 with a built-in DVD player. Since then, the company has been highly successful in the category. The South Korean firm is on its way […]

Earlier this year, Samsung had unveiled its refreshed soundbar lineup. A few days ago, the soundbars went up for pre-order in a few countries. Now, initial reviews of those soundbars have been published, and they’ve been positive. Samsung announced that various international publications have mentioned positive things about its new soundbars. Gizmodo Australia said that […]

Alongside its new MicroLED, Neo QLED, and lifestyle TVs, Samsung also announced its 2022 soundbar lineup earlier today. Select soundbars in the company’s new series feature Wireless Dolby Atmos, allowing Dolby Atmos to work on the soundbar and the TV together without a wired connection. The company didn’t list its new soundbars’ names or model […]