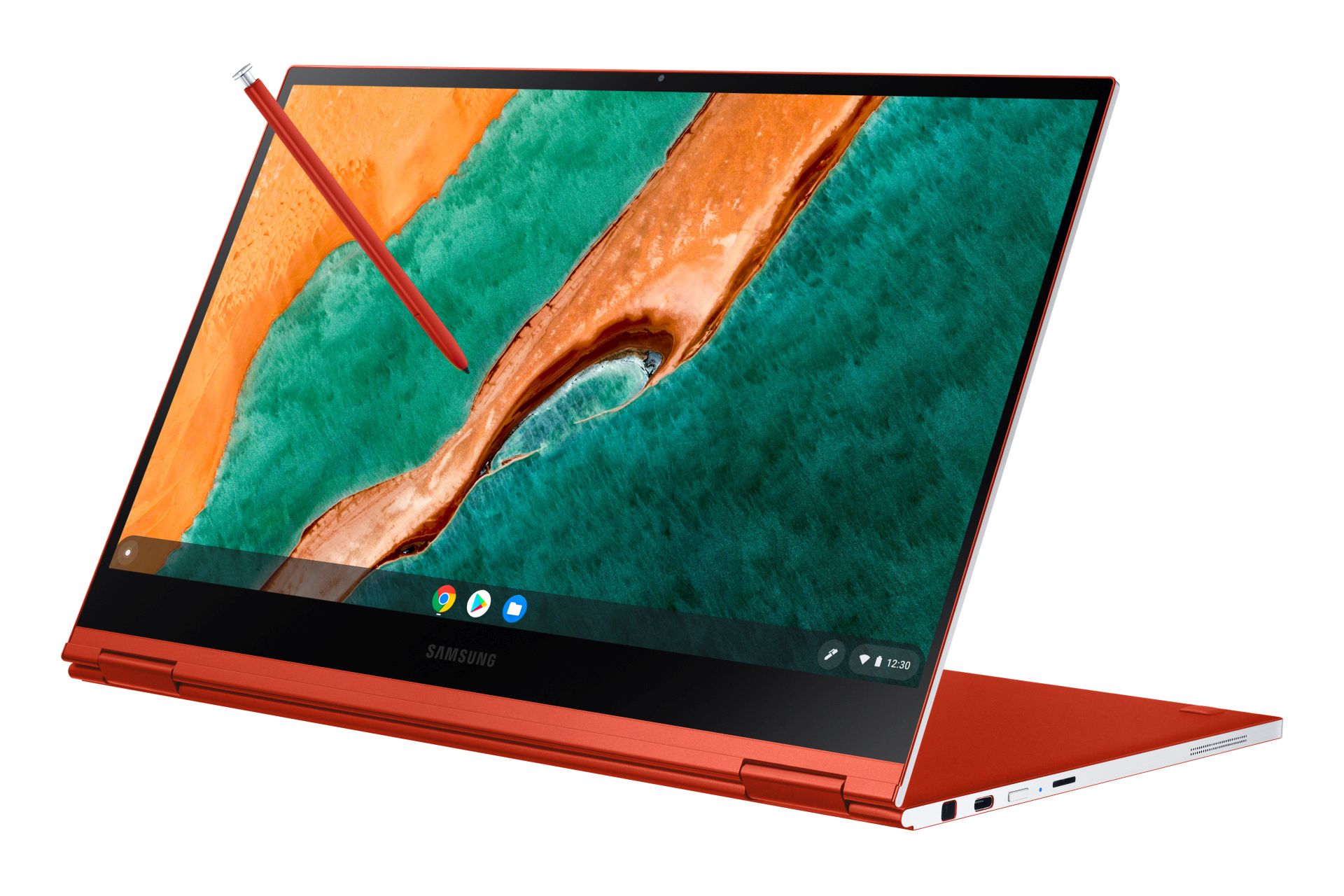 Today Samsung took the veil off its first-ever Galaxy Chromebook. Mind you, it’s not the first Samsung Chromebook but it is the first device of its kind to bear the Galaxy badge. And for good reasons! It’s equipped with an AMOLED display – a first in the history of Chromebooks – and comes with a built-in stylus that slides out from the right edge.

The Samsung Galaxy Chromebook features a 2-in-1 form factor with a 360-degree hinge. It’s built from durable aluminum and has a thickness of just 9.9mm. 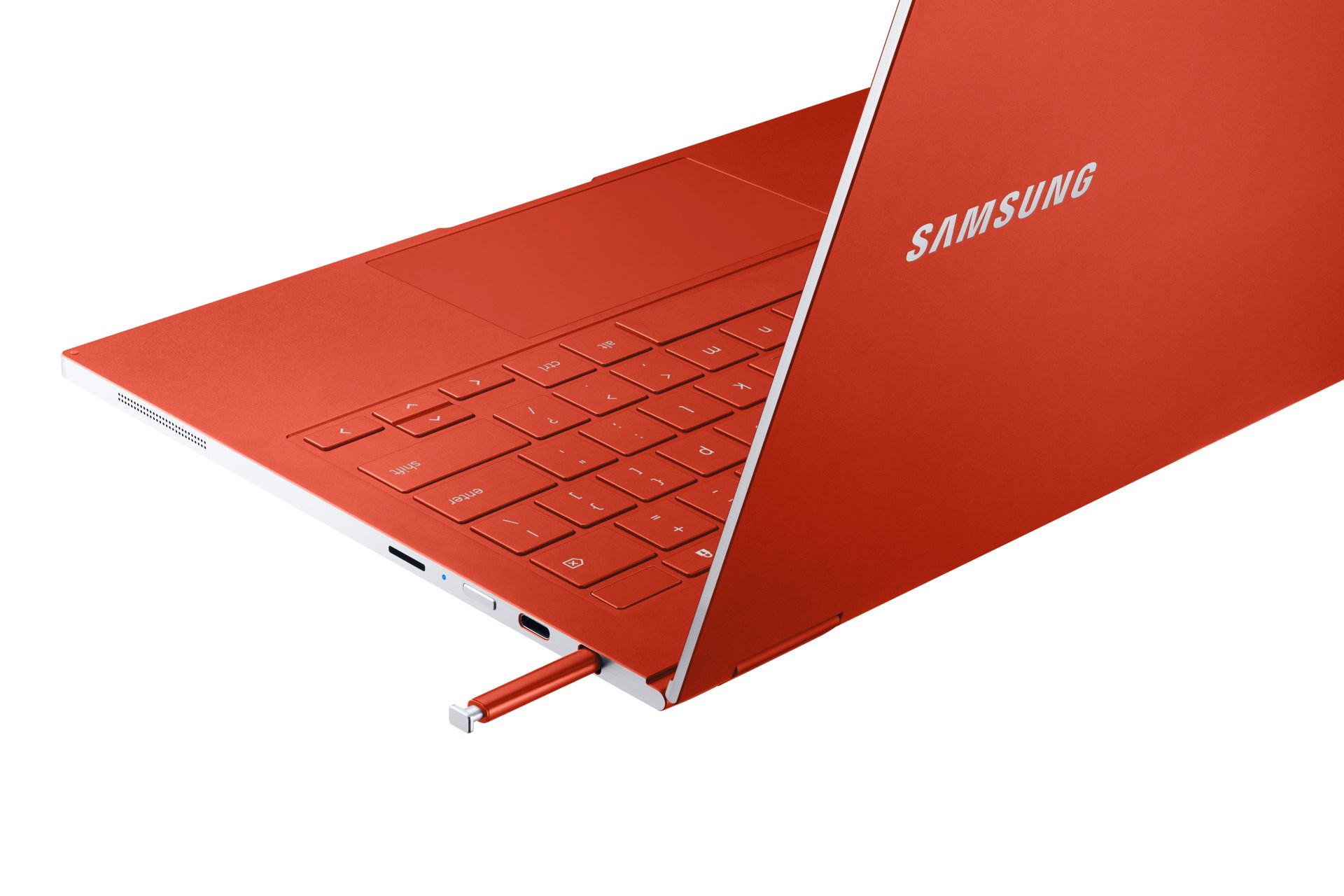 Similar to Samsung’s latest Galaxy Book lineup, the Galaxy Chromebook was built in collaboration with Intel as part of the Project Athena innovation program. This ensures that the device takes advantage of a 10th generation Intel Core i5 processor, Intel Wi-Fi 6, and delivers good performance and battery life.

Galaxy Chromebook – A closer look at the specs

The Samsung Galaxy Chromebook features a 13.3-inch AMOLED touchscreen with a resolution of 3,840 by 2,160. The panel is surrounded by a thin 3.9mm frame which becomes considerably thicker at the bottom. Samsung confirmed that the screen will offer HDR400 through a software update set to launch at an unspecified date after the hardware’s release.

The Core i5 processor is paired with 16GB PLDDR3 memory and the device can be equipped with up to 1TB of SSD storage (no other storage options have been announced yet).

Other specs include a 1MP front camera, an 8MP shooter embedded in the base right above the keyboard, and an internal digital dual array microphone along with a mono mic. It also has two 2W stereo speakers and a built-in fingerprint scanner.

The Samsung Galaxy Chromebook will be available in Q1 in Fiesta Red or Mercury Gray for the starting price of $999.