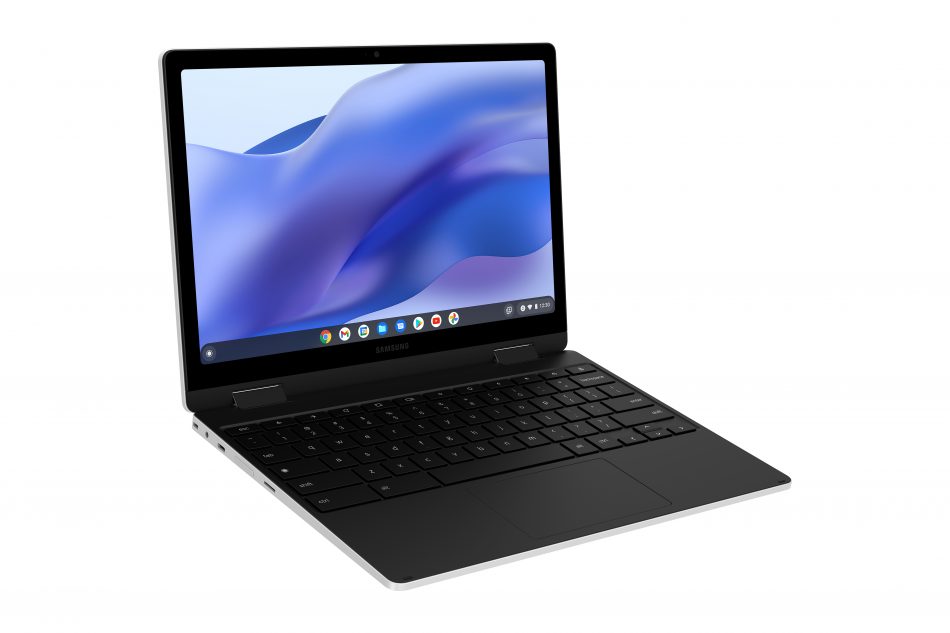 Samsung is touting the Chromebook 2 360 as a companion fit for students. Thanks to its 360-degree hinge, the laptop can double as a tablet. Samsung claims it had tested the Chromebook 2 360 in a wide range of environments, so it can “withstand the unpredictability of student life.”

According to Samsung, the Chromebook 2 360 is “built to be sturdy, durable, and shock-resistant.” At least compared to the average Chromebook. It’s not like Samsung’s device has an IP rating or MIL-grade protection, but the company seems confident in its design. The keyboard is spill-resistant, though only according to Samsung’s internal testing, so no additional warranty applies in case of water damage.

The notebook is lightweight and tips the scales at 1.28Kg. Ports include 2x USB-C, 1x USB 3.2, 1x microSD slot, 1x 3.5mm headphone port, a Nano Security Slot, and a Nano-SIM slot. The latter is reserved for the Galaxy Chromebook 2 variant with LTE connectivity.