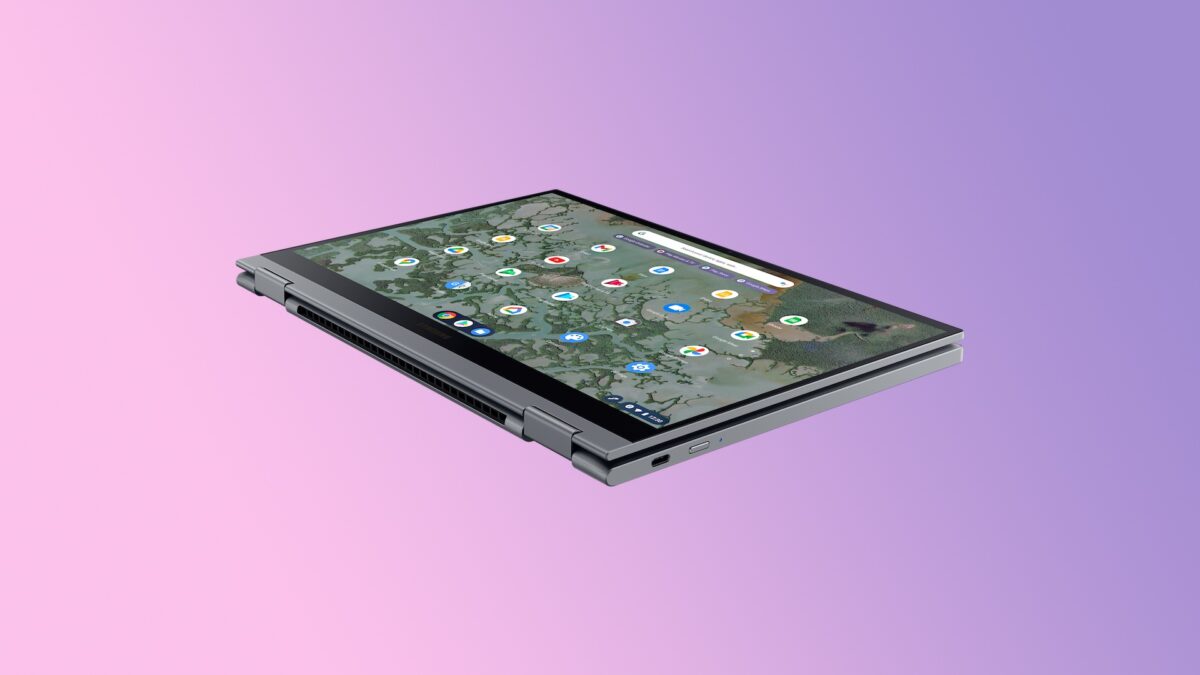 It features a 12.4-inch TFT LCD touchscreen display with WQXGA resolution  (2,560 x 1,600 pixels) and 340 nits of peak brightness. The display has narrow bezels and it is compatible with a stylus, but the stylus doesn’t come bundled in the box. The Galaxy Chromebook 2 360 has two 1.5W speakers in a stereo setup, an HD webcam, and a spill-resistant keyboard and trackpad.

The laptop is powered by Intel’s N4500 dual-core CPU (Jasper Lake), which is made using a 10nm processor. Its base clock speed is 1.1GHz, and it can go all the way up to 2.8GHz. There is Intel UHD integrated graphics. The Galaxy Chromebook 2 360 has 4GB RAM and up to 128GB of eMMC storage. The storage space can be expanded using the laptop’s microSD card slot. The device runs ChromeOS, which means years of OS and security updates.

The Galaxy Chromebook 2 360 include Wi-Fi 6, Bluetooth 5.1, and LTE (in select variants). The device has two USB 3.2 Gen 1 Type-C ports, one USB 3.2 Gen 1 Type-A port, and a headphone+microphone combo jack. The laptop’s 45.5Whr battery is claimed to last up to 10 hours of work time on a single charge. Samsung is bundling a 45W USB Type-C charger with the Galaxy Chromebook 2 360.

Samsung hasn’t revealed the pricing or launch date for the Galaxy Chromebook 2 360 yet, but we expect it to hit store shelves within the next few weeks.

Your Galaxy Chromebook will now work better with your Galaxy smartphone

The latest Chrome OS update will make your life easier if you have a Galaxy Chromebook and a Galaxy (or any Android) smartphone. Google released the Chrome OS 103 update yesterday with new features that make it easier for Chromebooks and Android smartphones to work together. The Phone Hub feature on Chrome OS. It could […]