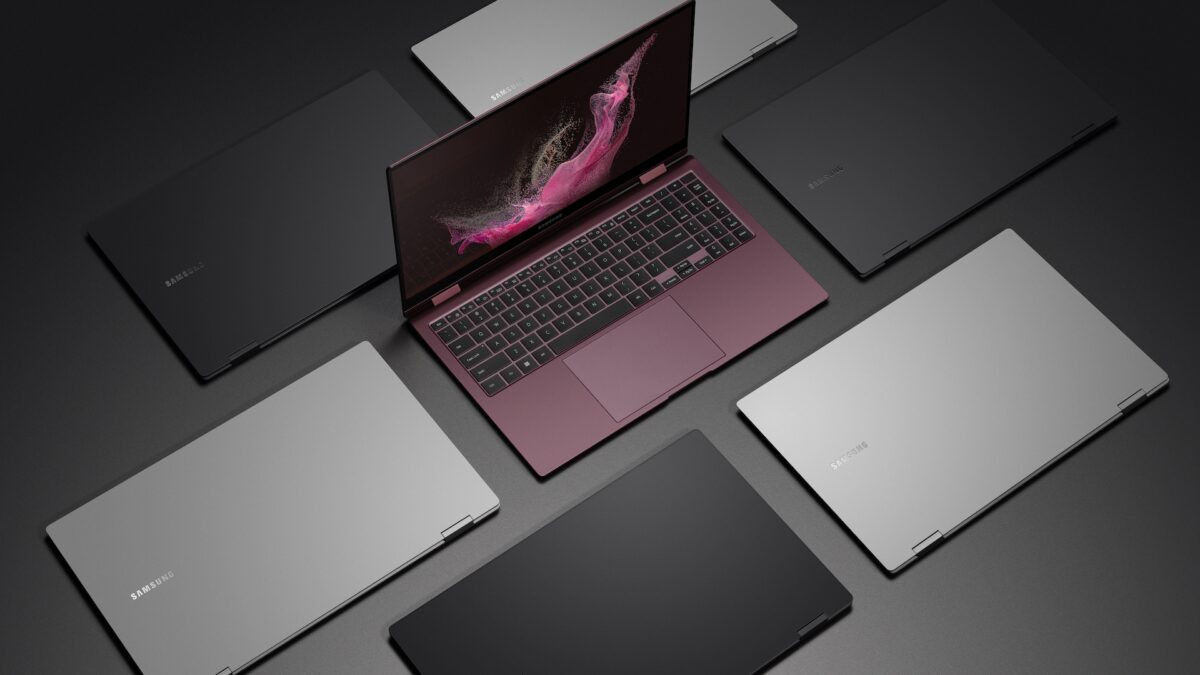 The Galaxy Book 2 Pro 360 is the company’s highest-end convertible laptop for 2022. It comes in two screen sizes: 13.3-inch and 15.6-inch. Both feature Super AMOLED touchscreen displays with Full HD+ resolution. They cover up to 120% of the DCI-P3 color gamut and are VESA HDR 500-certified. They also come with a bundled S Pen for drawing and writing down notes. 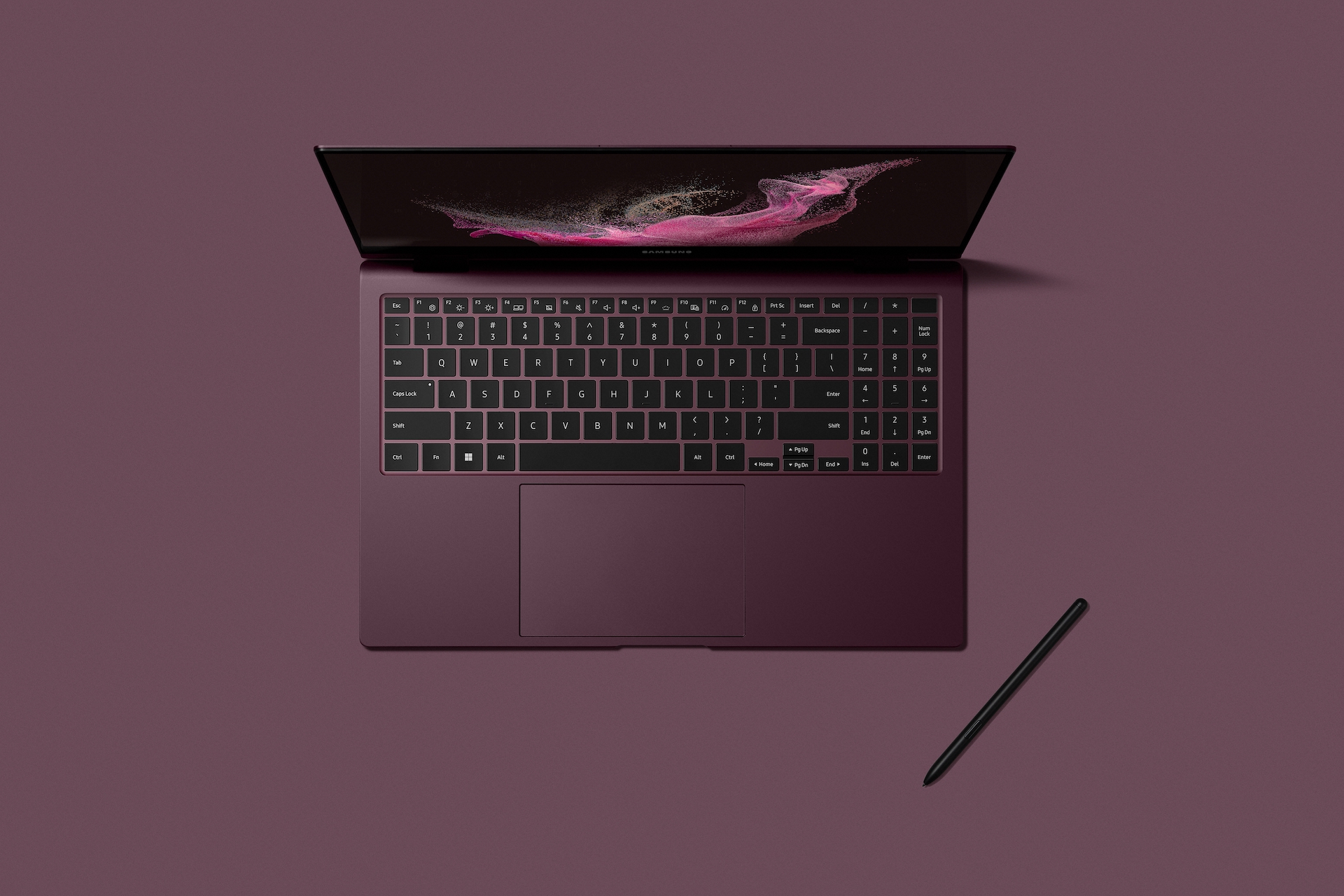 While both laptops support Dolby Atmos and have AKG-tuned speakers, the smaller variant has dual-4W stereo speakers, and the bigger laptop has dual-5W stereo speakers. They have a built-in fingerprint reader and are the first laptops in the world with the Secured-Core PC certification.

Both Galaxy Book 2 Pro 360 laptops have Full HD webcams for clearer video calls. Moreover, Samsung has implemented Galaxy Tab S8 Ultra-like face tracking feature in the new laptop. It allows the device to keep the user in the frame during video calls even when they’re moving.

In terms of connectivity, you can find Wi-Fi 6E, Bluetooth 5.1, one Thunderbolt 4 port, two USB 3.2 Gen 2 Type-C ports, and a headphone+mic combo port. The 13.3-inch Galaxy Book 2 Pro 360 is powered by a 63Whr battery, and the 15.6-inch variant has a 68Whr battery. Both laptops come bundled with 65W USB-PD chargers and promise up to 21 hours of video playback on a single charge.

The devices feature a backlit keyboard, dual-array microphones, and a large Windows Precision trackpad. The Galaxy Book 2 Pro 360 has a metal body and comes in three colors: Burgundy, Graphite, and Silver. The 13.3-inch model weighs 1.04kg, while the 15.6-inch variant weighs 1.41kg. 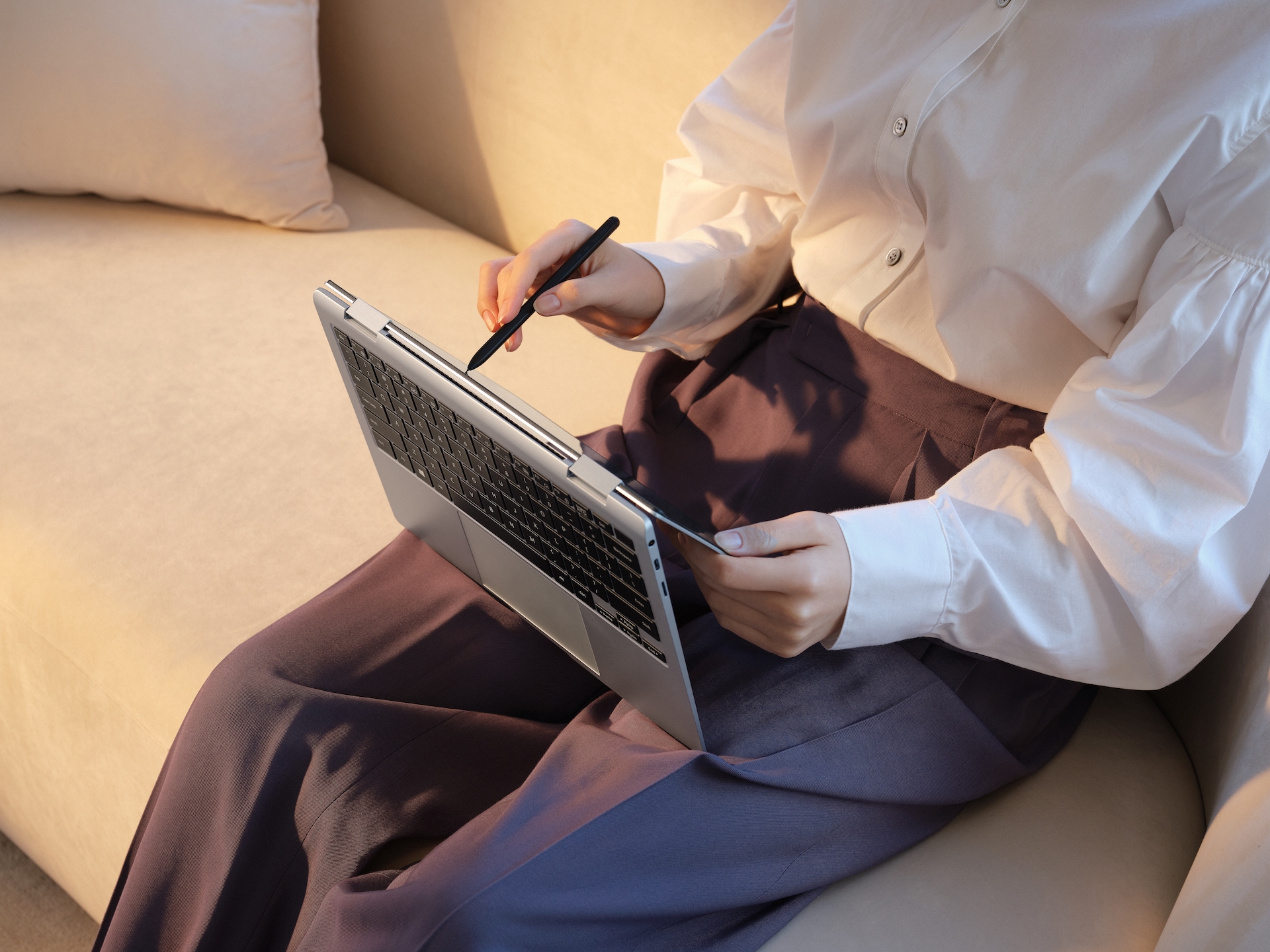 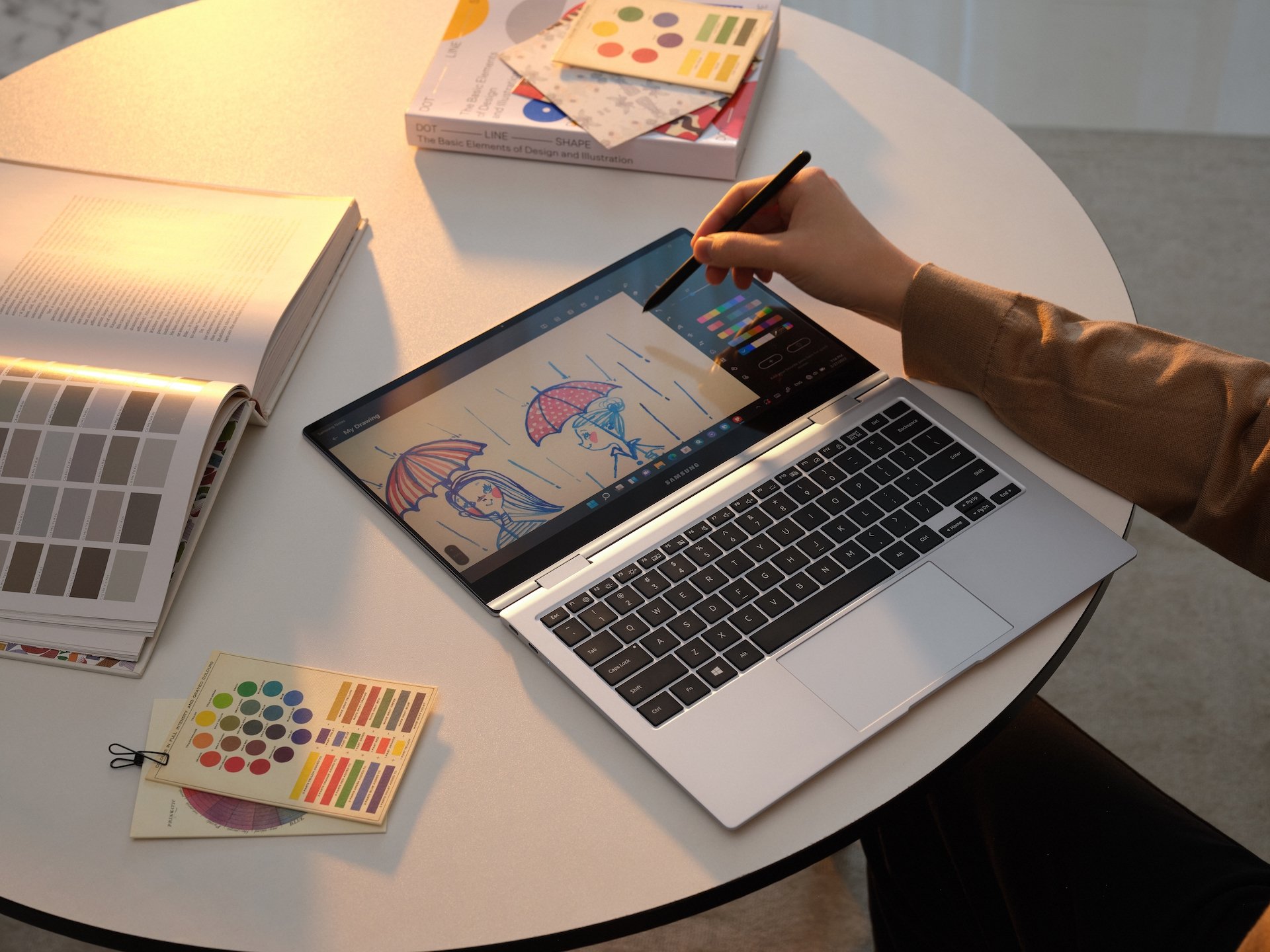 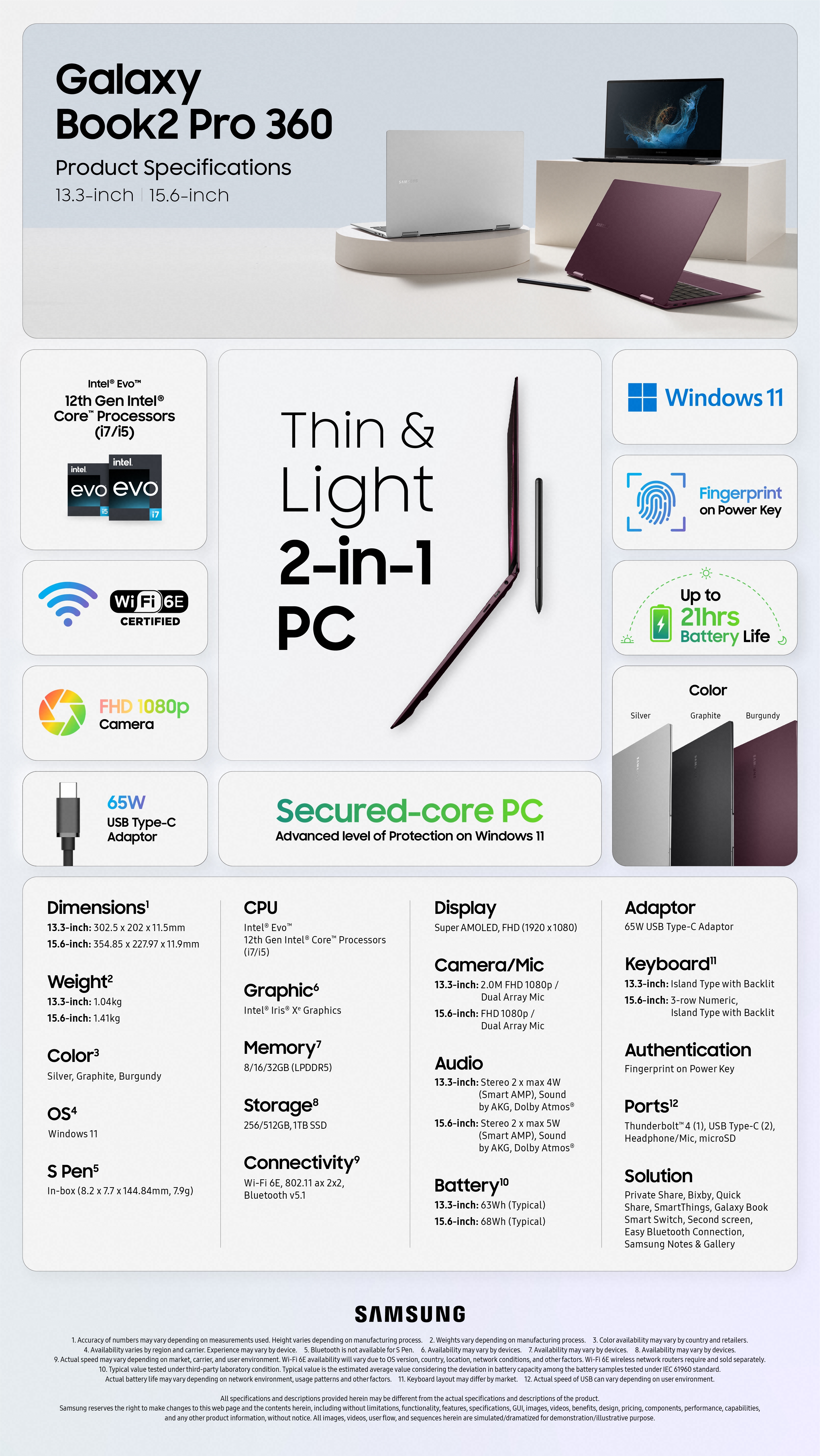 After ten years of working with Intel, supercomputer expert Robert Wisniewski has joined Samsung Electronics A …