Samsung’s next flip phone for the Chinese market may just end up being a Galaxy Fold with 5G connectivity. Yes, the W20 5G, teasers for which made it seem like it’s a foldable phone, could be the Galaxy Fold 5G, at least if we’re to believe the Wireless Power Consortium. The model number SM-W2020 should technically belong to this year’s version of Samsung’s flip phone series for China, but the WPC has certified it as the Galaxy Fold instead.

You read that right. According to the WPC, the SM-W2020 is called Galaxy Fold, and we think that might actually be the case even though information we received from our sources last week made it more plausible that the W20 5G is just a regular flip phone. After all, the clamshell phones that Samsung has been launching in China (and South Korea) these past few years have been flagship devices with price tags reaching the $2000 mark. And with the Galaxy Fold also priced at $1,980, it would make sense for Samsung to replace the flip phone series for China with the Galaxy Fold.

It’s also possible the W20 5G is just a Galaxy Fold that’s been rebranded for China Telecom, one of the country’s three major carriers. China’s first 5G networks were launched last week, and China Telecom may have gained exclusive rights on the Galaxy Fold 5G, which explains why it’s the only carrier that has teased the W20 5G. However, we don’t see why Samsung would switch the model number for the Galaxy Fold 5G for just one carrier and market.

The LTE variant of the Galaxy Fold for China sports model number SM-F9000 and is set to go on sale in the country on November 8. The global unlocked Fold carries model number SM-F900F for the LTE variant and SM-F907F/B for the 5G variant, so the Chinese 5G variant would traditionally have to be the SM-F9070. It’s all pretty confusing, if we’re being honest, and we should probably just wait until the W20 5G’s official launch to see if it’s a new foldable phone, a new flip phone in an existing lineup, or a rebranded Galaxy Fold 5G. 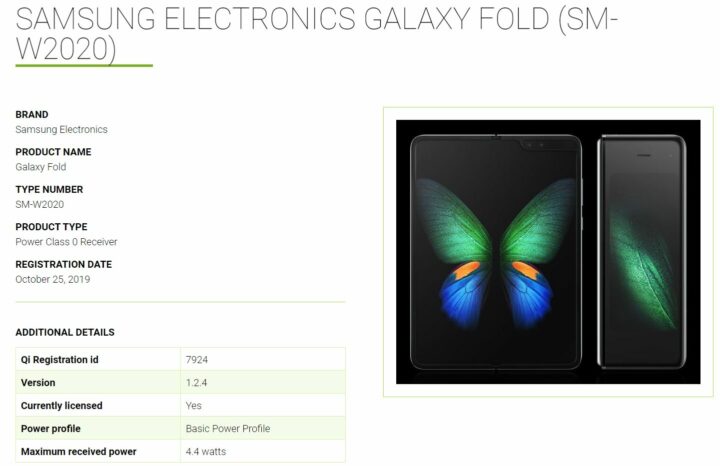