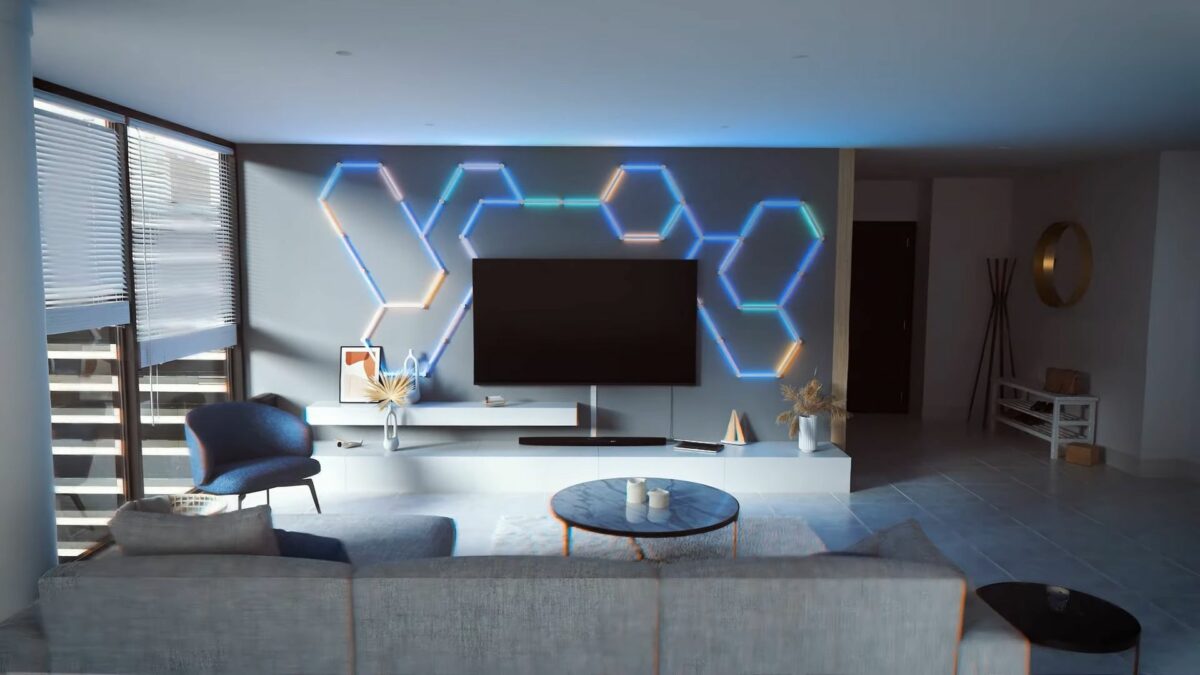 Nanoleaf has announced a new range of in-door smart LED lights called Lines, and they’re quite clever. They allow for custom designs to be created with relative ease; they don’t require power tools to be mounted on the walls or ceiling, and more importantly, they’re compatible with Samsung’s SmartThings platform.

With Lines, Nanoleaf is moving away from its usual design language and is attempting something new without abandoning the concept of modularity. The company’s previous solutions consist of light panels of different shapes and sizes; however, the Nanoleaf Lines comprises light strips that connect to hexagonal mounting points/hubs. They project light into the wall behind them rather than glowing outwards. They feature double-sided tape and don’t require tools for mounting.

RGBW lighting at your fingertips with SmartThings

Each hexagonal mounting hub can be connected to up to six Light Lines, each measuring 27.85cm in length. The Nanoleaf Lines is capable of RGBW lighting, and Samsung fans can control the setup through the SmartThings mobile app or the dedicated Nanoleaf app for Android.

The Nanoleaf Lines Starter Kit is now available for pre-order for €199.99. It consists of nine Light Lines and mounting connectors, a controller, ten Mounting Plates (and tape), one Processor & Power Connector, a power supply, and a Type-C plug. The company is also offering an Expansion Pack for €59.99. It comes with three additional Light Lines, Mounting Connectors, and Mounting Plates. As of this writing, the estimated shipping date is late November.

If you’re a fan of RGBW lighting that can be controlled through SmartThings, this should be right up your alley. Check the video below for a taste of what can be achieved with the new Nanoleaf Lines.