Up until today’s Galaxy Unpacked event, the Bespoke brand was associated mainly with Samsung’s customizable high-end refrigerators. This changed today with the release of the Galaxy Z Flip 3 Bespoke Edition, which is the company’s first mobile device to adhere to the Bespoke design philosophy. It’s all about custom panels, in case you didn’t know.

So far, the Galaxy Z Flip 3 is the only mobile device from Samsung to carry the Bespoke Edition label. However, the company confirmed its plans to use the Bespoke brand more extensively across its mobile range in the future, and it has already taken a few extra steps to towards this goal.

As some of you know, the Galaxy Watch 4 series had one of the best launches in the USA because customers can customize various aspects of the exterior design through the so-called Design Studio. It’s an online customization tool that lets you choose the style and color of your watch and wrist strap, and if you didn’t know it existed, it’s likely because it isn’t available in your market.

In tune with today’s Galaxy Unpacked event, Samsung has quietly renamed the online Design Studio for the Galaxy Watch 4 series. It’s now called “Bespoke Studio,” but it has the same functionality as before. There are no new watch bands or colors, but more could be added later.

This rename signals Samsung’s commitment to the Bespoke brand and the idea of giving customers a way to personalize their devices in greater detail. Future Samsung smartwatches may offer dozens of new customization options through the Bespoke platform, but we’ll have to wait and see. 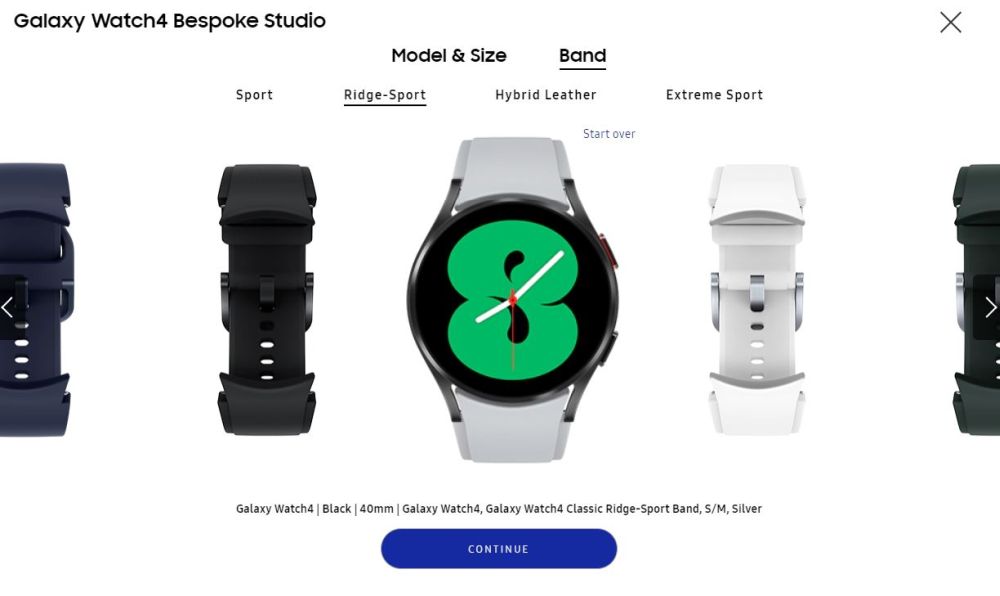 Samsung referral program could turn your friends into Galaxy foldable …