A new trademark application filed by Samsung with the USPTO (United States Patent and Trademark Office) confirms the branding of the company’s next wireless earbuds. The document reveals that it could have a built-in MP3 player, which means that it could have local storage to store music files and play them back even without a connected phone.

The Galaxy BudsX could also feature a built-in sensor to check whether they’re worn or not, offering automatic music playback and pause. Similar to the Gear IconX, the upcoming wireless earphones could have a CPU and accompanying software for a smartphone to measure activity data such as calories burned, distance covered, heart rate, speed, and time.

The next-gen true wireless earphones from Samsung are 13mm wide and 28mm long, and the case is just 26mm thick. Previous reports have indicated that the Galaxy BudsX could carry model number SM-R180 and could be priced at $140. They could use Samsung’s custom Bluetooth chipset and have 11-hour battery life on a single charge. 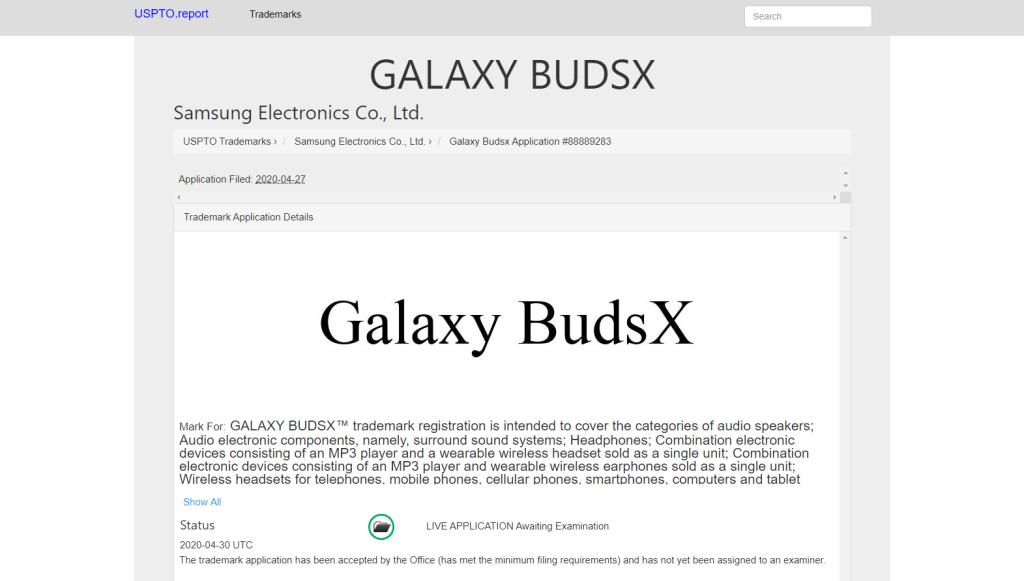